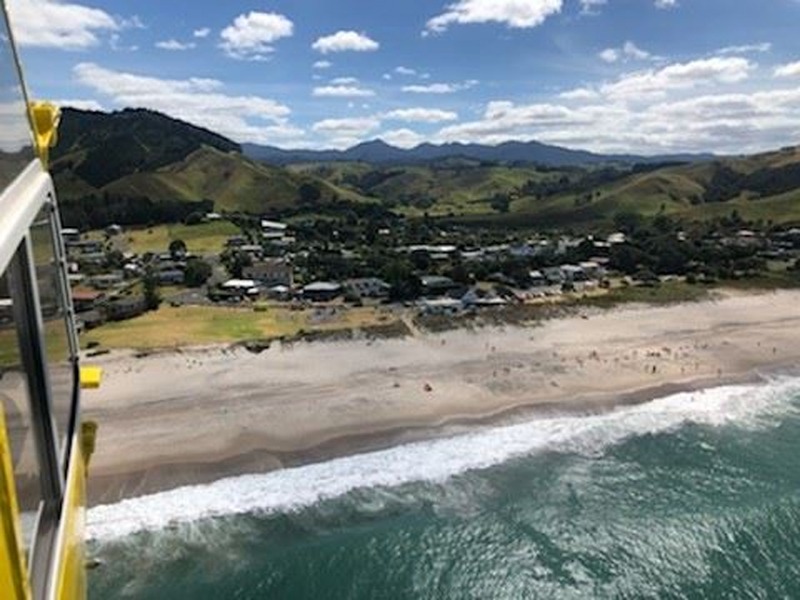 The Westpac Rescue Helicopter had a busy Anniversary weekend with 18 missions responded to between 6.42 am Friday and 11.37 pm Monday night.

Nine calls for assistance were for medical complaints; four were associated with motor vehicles, including a four wheel drive on sand dunes and a motorcycle.

Six incidents were located on the Coromandel with three to Whitianga for medical emergencies.

One was to Whiritoa on Saturday afternoon where a female teenager, who had been dumped by waves and suffered a spinal injury at 3.41 pm, was flown to Middlemore Hospital in a moderate condition.

At 5.45 pm on Sunday, Maritime Police alerted the Whitianga helicopter crew that three people (luckily, wearing life jackets) were in the water and drifting in Coromandel Harbour. Westpac 2 was stood down en-route and returned to base.

A woman in her 30’s suffered a medical complaint at Colville and was flown to Middlemore Hospital at 12.49 pm yesterday (Monday, January 28).

People of all ages from two boys to a female patient in her 80’s received support from the Westpac Rescue Helicopter Service over the Anniversary Weekend period.