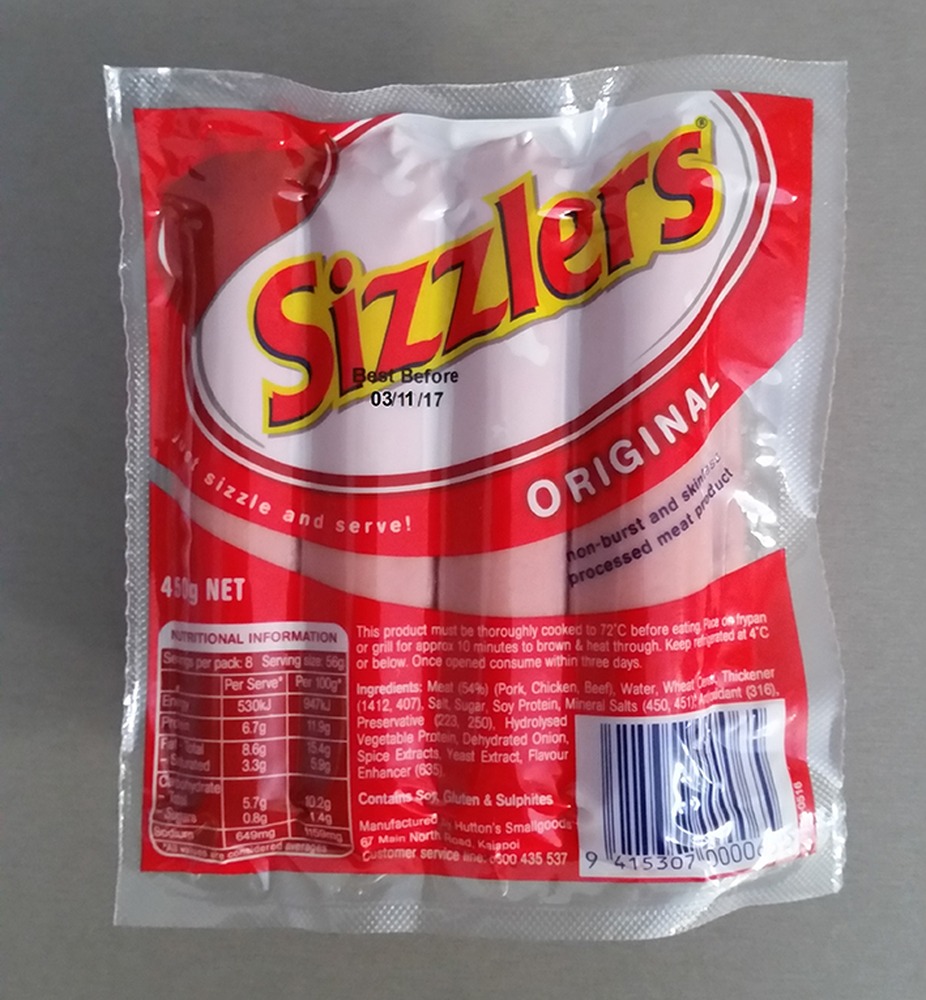 Small goods manufacturer Hellers has been fined almost $40,000 and ordered to pay a total of $15,000 to 3 children who had moderate to severe allergic reactions after consuming mispackaged Sizzlers sausages.

The children became sick after an incident in September 2017 when staff at Hellers’ Wiri factory didn’t follow procedures, resulting in Cheese Sizzlers being packaged as Original Sizzlers.

The Ministry for Primary Industries (MPI) took a prosecution against the company following an investigation.

MPI’s manager of food compliance Melinda Sando says the incident could have been prevented if staff had cross-checked labels and the product itself before packing.

“Cheese Sizzlers were sent to market packaged as Original Sizzlers, which did not have cheese included in the ingredient list. They were distributed to various outlets, including supermarkets.

“Three children who were allergic to milk complained of allergic reactions after consuming the mispackaged sausages. One had a moderate reaction, one a moderate to severe reaction, and one a severe anaphylactic reaction that required hospital treatment.

“Following these reports from the public, Hellers initiated a recall of the affected product.

“The company had a duty to ensure its products were safe and suitable. Proper labelling of allergens is a key requirement in discharging this duty and consumers should be able to rely on food labelling when making their purchasing decisions. This is especially so for those with food allergies.”

Prior to sentencing, Hellers pleaded guilty to one Food Act 2014 charge of failing to ensure food is safe and suitable.

Since the incident, the company has put in place additional staff training and procedures to prevent the problem from recurring.

A reserved judgement by District Court judge J Bergseng was released yesterday. The company was fined $39,375 and ordered to pay $5,000 to each of the 3 victims together with court costs of $130.

This is the first time that tougher penalties introduced in the Food Act 2014 have been imposed.

Allergy New Zealand’s chief executive Mark Dixon says the prosecution is a timely reminder of the need for food businesses to take food allergen management seriously and always give accurate information about the content of food allergens, even trace amounts, to consumers.

“The recent tragic death of Auckland teenager Edyn Rubena-Misilisi shows how dangerous accidental food allergic reactions can be. Food allergy is not a lifestyle choice, it is a challenging condition which needs to be managed all day every day for many thousands of people,” says Mr Dixon.

“They need the food industry to comply with regulations on food allergen management and labelling so they are able to access safe and suitable food wherever they are.”

Mr Dixon says there has been a significant increase in the last 12 months in food recalls for undeclared allergens and that this is a real concern for consumers.

“An issue we need to address is how to get warnings to consumers who have already bought a product believing it to be safe for them, which is subsequently recalled because of an undeclared allergen. In this case, it could have had tragic consequences.

“This incident is also a reminder to companies to use a range of communication channels to reach their customers during a food recall.”