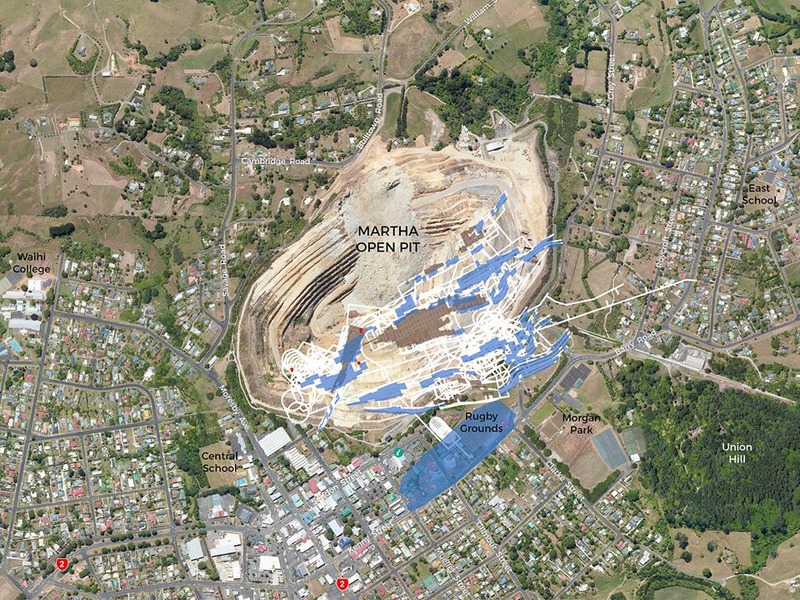 No appeals have been received by Hauraki District Council following the late December notification that OceanaGold’s application for an underground mine below the Martha open pit in Waihi had been approved.

OceanaGold Waihi General Manager Bernie O’Leary says he would expect work to begin in the new Martha underground mine by about the middle of 2019.

Project Martha will also see mining return to the open pit. There will also be some underground mining just south of the current pit under residential properties.

O’Leary has welcomed the decision. “ We felt that the hearing process went very well. Everybody had the opportunity to have their say and make their views known. The consent conditions for the project will make sure that amenity values for residents are preserved, and we have 10 years of work ahead of us.That is good for the company and good for Waihi. After many years of facing imminent closure this gives our 350 staff and contractors, and the people of Waihi, an assurance that we are here for the long term.”

O’Leary says that there will not be much to see in the Martha open pit until at least the middle of the year.
“We still have a significant amount of preparatory work to do, and even when we do get back into Martha it will be quite some time before the familiar big yellow mine dump trucks are travelling up and down the haul road, but we are about to make a start.”