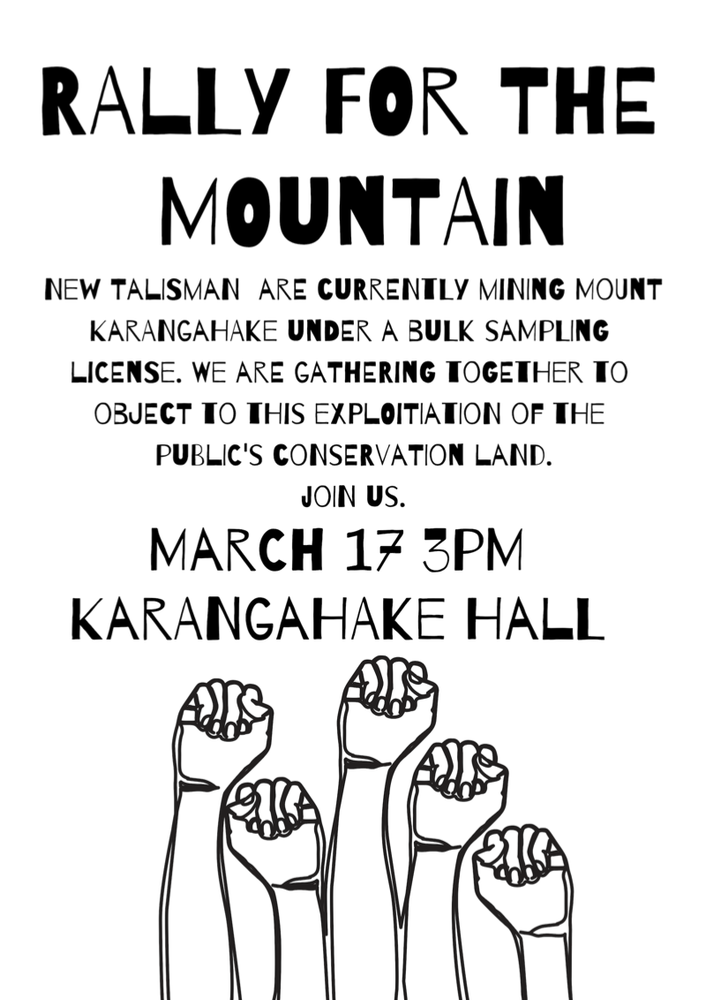 Rallying call goes out for protection against mining conservation land

Protect Karangahake and Coromandel Watchdog are joining together to object to New Talisman mining in the Mount Karangahake area under a bulk sampling license and to send the coalition government a message that they mean business when it comes to protecting the conservation estate.

The groups say they are not OK with what they consider to be exploitation of conservation land and are inviting the public to join them for a rally from 3 pm at Karangahake Hall on Sunday, March 17.

When they petitioned the former National government in 2017 asking for protection of Mount Karangahake the groups say David Parker accepted their petition on the steps of parliament and publicly promised that if Labour got in they would ensure Schedule 4 status or protection of conservation land was brought further south to Mount Te Aroha.
After being invited to present a submission in support of their petition last year they understood the coalition government would commence public consultation about the status of conservation land last September but this hasn’t happened.

The groups intend to call the government out on their broken promises saying mining companies are applying to prospect Coromandel areas before any new law changes which they feel ‘undermines’ conservation land.

Even if the mining were to be underground Protect Karangahake and Coromandel Watchdog believe underground mining still creates huge amounts of toxic waste and has no place on or under conservation land.