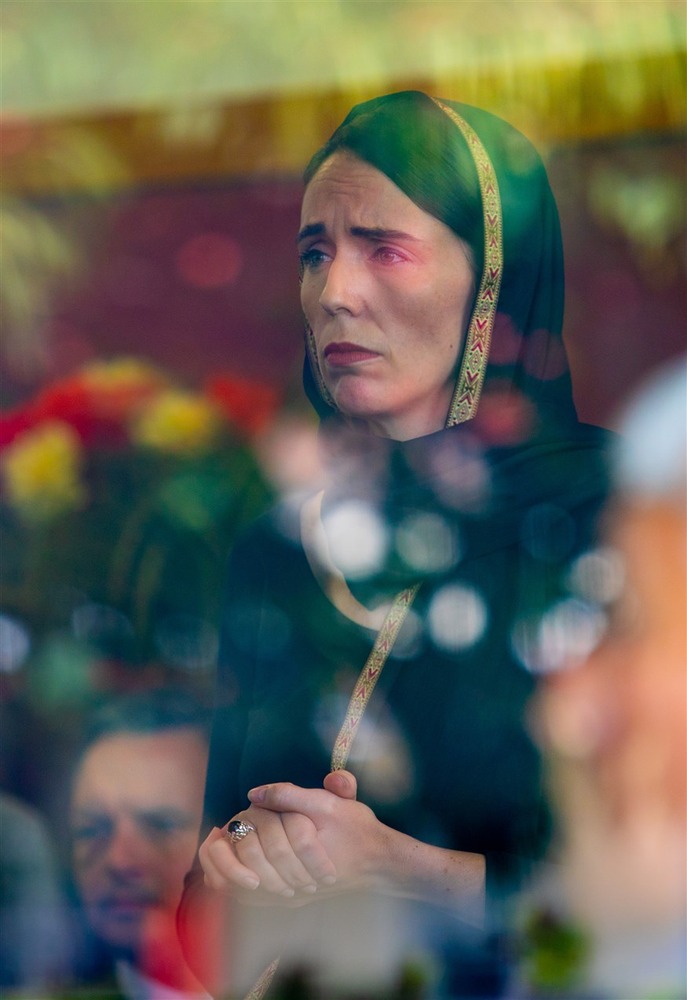 “On 15 March our history changed forever. Now, our laws will too. We are announcing action today on behalf of all New Zealanders to strengthen our gun laws and make our country a safer place,” Jacinda Ardern said.

“Cabinet agreed to overhaul the law when it met on Monday, 72 hours after the horrific terrorism act in Christchurch. Now, six days after this attack, we are announcing a ban on all military style semi-automatics (MSSA) and assault rifles in New Zealand.

“Related parts used to convert these guns into MSSAs are also being banned, along with all high-capacity magazines.

“An amnesty will be put in place for weapons to be handed in, and Cabinet has directed officials to develop a buyback scheme. Further details will be announced on the buyback in due course.

“All semi-automatic weapons used during the terrorist attack on Friday 15 March will be banned.

“I strongly believe that the vast majority of legitimate gun owners in New Zealand will understand that these moves are in the national interest, and will take these changes in their stride.

“When Australia undertook similar reforms, their approach was to allow for exemptions for farmers upon application, including for pest control and animal welfare. We have taken similar action to identify the weapons legitimately required in those areas, and preclude them.

“Legislation to give effect to the ban will be introduced when Parliament sits in the first week of April. We will provide a short, sharp Select Committee process for feedback on the technical aspects of the changes. We are looking to progress the amendments to this legislation under urgency and expect these amendments to the Arms Act to be passed within the next session of Parliament,” Jacinda Ardern said.
“The Bill will include narrow exemptions for legitimate business use, which would include professional pest control. Police and the Defence Force will also have exemptions. Issues like access for mainstream international sporting competitions are also being worked through,” Police Minister Stuart Nash said.

“We have also acknowledged that some guns serve legitimate purposes in our farming communities, and have therefore set out exemptions for 0.22 calibre rifles and shotguns commonly used for duck hunting. These will have limitations around their capacity.

“While the legislation is being drafted, I am announcing the Government will take immediate action today to restrict the potential stock-piling of these guns and encourage people to continue to surrender their firearms.

Earlier this afternoon, an Order in Council under section 74A(c) of the Arms Act was signed by the Governor-General to reclassify a wider range of semi-automatic weapons under the Act. It came into effect at 3pm today.

“This interim measure will ensure that all of the weapons being banned under amendments to the Arms Act are now categorised as weapons requiring an E endorsement on a firearms licence.

“The effect of this is that it will prevent the sale of MSSAs and assault rifles to people with A category gun licences. The Order in Council is a transitional measure until the wider ban takes effect.

“We are introducing transitionary measures for gun owners to hand in their guns to Police to hold until details of a buy-back are announced. Likewise, the Police continue to accept guns for destruction.

“Again, we encourage gun owners to phone in to Police ahead of time to advise them they are bringing their guns in to the station,” Stuart Nash said.

“The actions announced today are the first step of the Government’s response. We will continue to develop stronger and more effective licensing rules, storage requirements and penalties for not complying with gun regulations. It is the Government’s intention that these amendments will go through the full legislative process,” Jacinda Ardern said.

“To owners who have legitimate uses for their guns, I want to reiterate that the actions being announced today are not because of you, and are not directed at you. Our actions, on behalf of all New Zealanders, are directed at making sure this never happens again.”

1. What semi-automatic firearms will be affected by the ban?
The ban will apply to all firearms are now defined as Military Style Semi-Automatics (MSSAs) and will also include assault rifles.

2. What semi-automatic firearms will NOT be affected by the ban?
There is a balance to be struck between public safety and legitimate use. The changes exclude two general classes of firearms which are commonly used for hunting, pest control, stock management on farms, and duck shooting:

3. What semi-automatic firearms are affected by today’s Order in Council?
Two types of firearms are now defined as Military Style Semi-Automatics (MSSAs):

4. I have an A-Category firearms licence and now own MSSAs. What should I do?
It would normally be an offence for an A-Category licence holder to possess an MSSA, punishable by up to three years in prison or a $4000 fine. However a transitional period gives time for people to comply with the law, if they take certain steps. The transitional period will be confirmed next month. Firearms owners who unlawfully possess an MSSA now have three options:

5. Are Police geared up to receive large numbers of MSSAs?
Yes. They will work with the New Zealand Defence Force to enable safe storage, transport and destruction of MSSAs. Police are establishing an online form which will make it easier for firearms owners to arrange for Police to collect the MSSAs. The online form will go live over the weekend. It will not be practicable for firearms owners to physically return their weapons to Police stations without prior approval. Where extra administrative staff are required they will be hired on fixed-term contracts.

6. Will this lead to stockpiling of semi-automatics?
No. The changes under the Order in Council take effect immediately. Anyone who now unlawfully has an MSSA, which yesterday was a lawful firearm, needs to take steps to comply with the law.

7. Will some firearms dealers be breaking the law if they have these MSSAs in stock?
Some firearms dealers only hold A-category licences. In order to comply with the law, they could sell their stock of semi-automatics to a Category E licence holder or return them to their supplier.

8. What are the statistics for firearms licences and firearms in circulation?

9. What further issues are being considered?
Cabinet will consider further steps on 25 March. These will include measures to:

10. How will the buyback work, and who will administer it?
Police, the Treasury and other agencies are working through the detail. More information will be available when the legislation is introduced next month. The compensation will be fair and reasonable based on firearm type, average prices and the age of firearms.

11. What is the cost of the buyback likely to be?
That is very difficult to judge, given the limited information about the total number of firearms affected by this change. Preliminary advice suggests it could be in the range of $100m-$200m. The buyback will ensure these weapons are taken out of circulation and that we fulfil our obligations under the law.