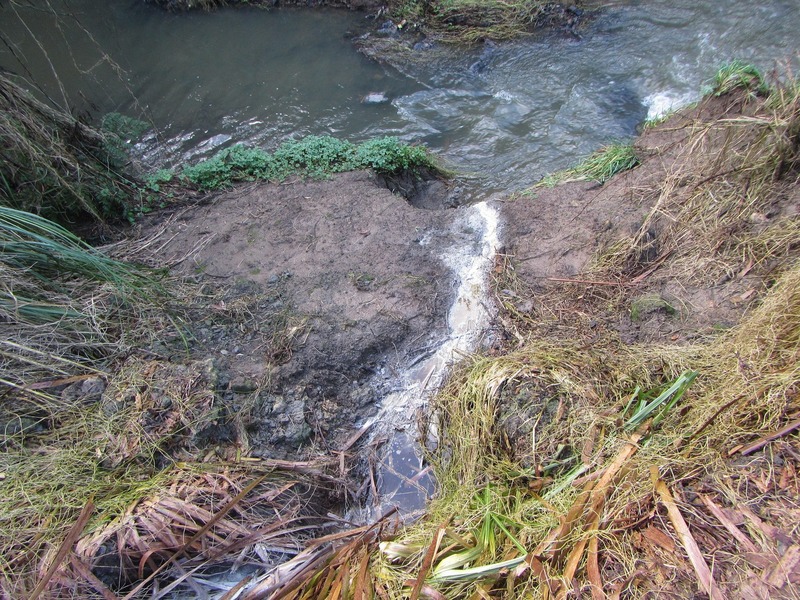 A fertiliser company has been convicted and fined $45,000 for unlawfully discharging chicken effluent leachate into the Waitakaruru River at Maramarua in north Waikato.

The convictions and penalty were imposed on Bennett Fertilisers Limited by Judge D.A. Kirkpatrick in the Auckland District Court on 20 March 2019 following a prosecution taken by Waikato Regional Council.

The company runs a business where they collect chicken effluent from commercial chicken farms and then on-sell it as fertiliser. The leased site they operate from is closely surrounded on three sides by the Waitakaruru River.

In June 2018 the council received complaints about the company’s impacts on the local watercourse. Regional council officers found a large pile of chicken manure with leachate flowing from the pile into the river in several places. Despite immediate direction by the council to cease the discharge, it continued for up to four weeks.

Judge Kirkpatrick stated that he viewed the offending as serious because the company knew the chicken manure needed containment “onto a site that was not ready to receive it and that it failed to put adequate measures in place to control the leachate, even after repeated inspections and warnings”.