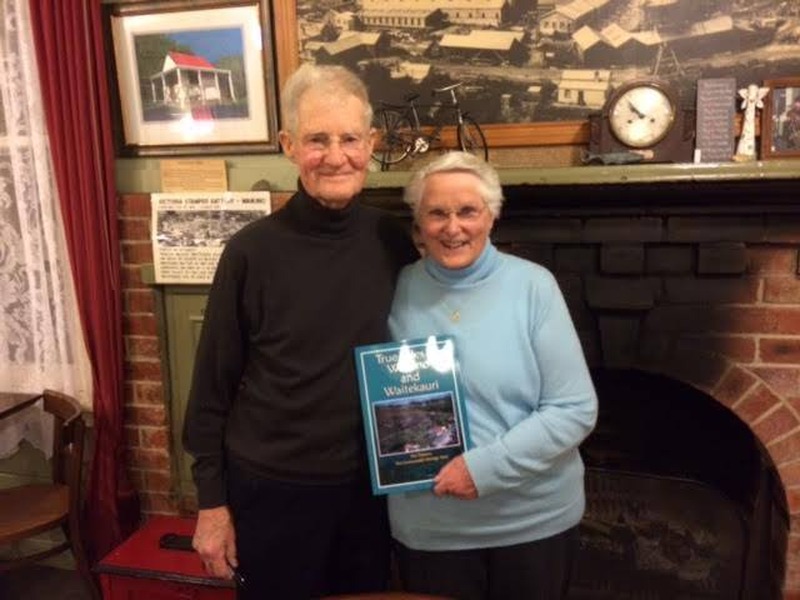 The Victoria Hall, Waikino was packed full and overflowing with those who wanted to pay their respects to a truly honourable man today.

The same words to describe Homer Geoffrey Stubbs were embedded on everyone’s lips. A true gentle man, humble, wise, honourable, respectful, helpful, loyal, dedicated and a man who believed in doing it once and doing it right were sentiments that were repeated as memories of Homer were shared.

From records, we’ve been able to find Homer would have been born in about 1934 and had lived in his family’s farmhouse at Waikino since his family brought him to the district as a three year old. He was 85 years old when he was released from his long struggle with illness on March 25th.

Brought up on the farm his father bought in Waikino in 1937, Homer worked the family farm meticulously, helping to build on his father’s aspirations and increasing the Stubbs family farm with land blocks in the Waitekauri Valley.

He was schooled locally at Waikino and attended Waihi College. He gave generously of his time to the Waikino School throughout his life chairing the school committee for several years and was involved in a new school complex that was achieved in 1987.

After meeting Bev Brokenshire in 1957, Homer married his best friend in 1961 and together they produced four children and immersed themselves into their family and community with love and dedication. Bev and Homer nourished an enduring partnership and respect for one another that did not go unnoticed by their neighbours and community.

The Homer we knew was a very humble gentleman. He was a quiet achiever with a strong sense of community who contributed throughout his life.

Homer served on the Waikino Domain Board for 28 years until it closed in 1989.

Appointed a Justice of the Peace in 1973, Homer later served the Waihi Magistrate’s Court as a Judicial Justice.

He was chairman of the Waikino Liaison Committee for several years and worked with others to ensure the local community was not adversely affected by the Golden Cross mining operation.

A keen sportsman, Homer was a member of the Waikino Cricket Club and played representative cricket for Thames Valley for several seasons. Homer also helped to establish and later resurrect the Waikino Tennis Club.

Homer Geoffrey Stubb’s name appeared on the 2009 New Zealand New Year Honours List for service to the community. Homer is credited as saying his involvement in the community was always motivated by a love of the district and people within it and the excellent support he received from his wife Bev.

Together, Bev and Homer also helped create a lasting legacy by collaborating on True Tales of Waikino and Waitekauri contributing a 55 year collection of stories and memories compiled about their beloved district. The book of stories and anecdotes includes many of Bev and Homer’s recollections.

A man worthy of the deepest admiration and respect - R.I.P. Homer Geoffrey Stubbs.