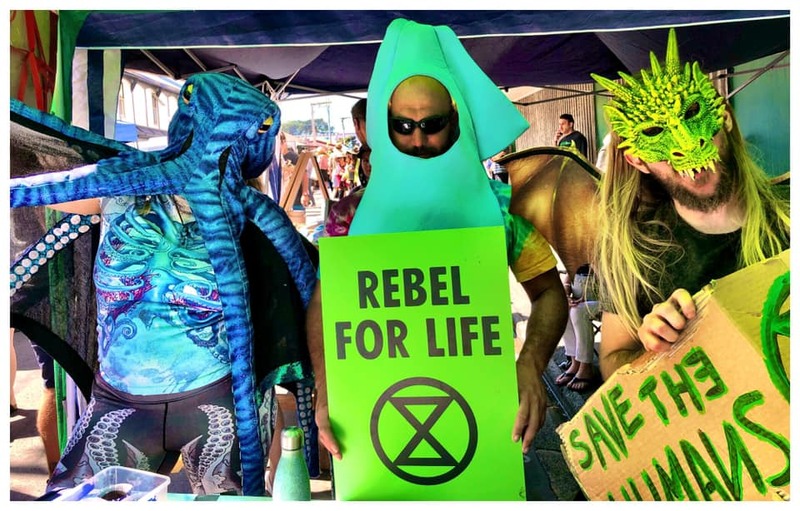 Across the world, thousands of people are taking part in a rebellion to avert climate, ecological and human catastrophe. This begins in Aotearoa New Zealand today.

Extinction Rebellion Aotearoa New Zealand spokesperson Rowan Brooks says “It’s time to tell the truth about the climate and ecological emergency we’re in. We’re rebelling because governments are leading us towards catastrophe when we need action.”

“To stop mass extinction we need a massive, rapid mobilisation for zero carbon by 2025, ecological regeneration and participatory democracy that centres justice and equity in decision making” he continues.

This morning in London, where Extinction Rebellion (XR) began, people are occupying key roads across the city, aiming to shut down the capital for up to two weeks.

Actions are planned across Aotearoa New Zealand, starting today in Christchurch where XR Ōtautahi plan to stay in the ECan lobby from noon into the evening, acknowledging the species and places that are extinct or threatened by ecological emergency.

Some 23 events are planned around the country this week in Auckland, Thames, Tauranga, Masterton, Wellington, Nelson, Christchurch and Dunedin.

Actions have been organised by groups which have all started in the last five months and will take place between Monday 15 and Sunday 21 April.

On April 20 at 9:00 am a Rising Tide for Climate Change protest will take place at Brightsmile Community Garden - 714a Mackey St, Thames.
Supporters from Extinction Rebellion across Hauraki will meet with their aquatic gears - snorkels, masks, merperson outfits etc to highlight the pressure from impending coastal inundation.

“Extinction Rebellion has grown rapidly in Aotearoa, with people drawn to a movement that is courageous enough to name the emergency and do what we can,” says Brooks “We will use creative and increasingly disruptive mass civil disobedience to motivate the speed and scale of response we believe is necessary to avert catastrophe, even if that means arrest.”