News / Book your free Bridge lessons - it's the real deal! 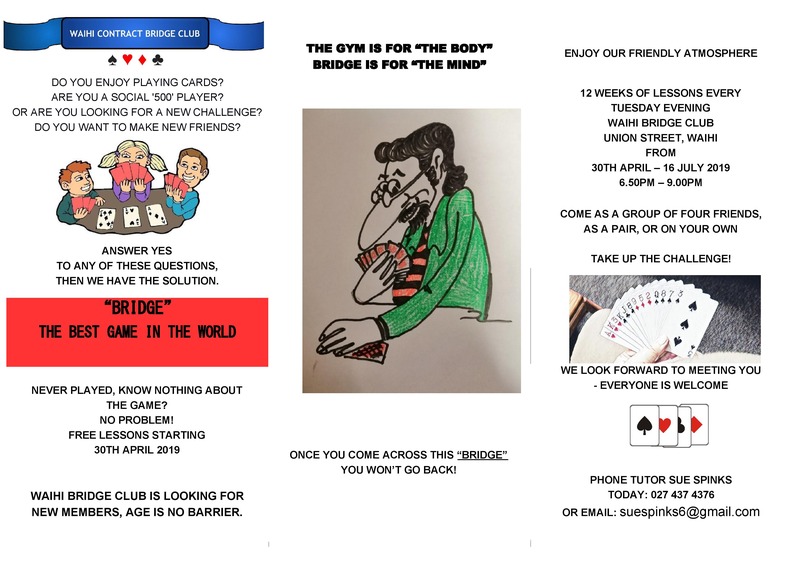 Book your free Bridge lessons - it's the real deal!

Bridge is a game that can be played at any age. It’s excellent for developing concentration and problem solving skills, especially in children. It’s also a very social game, so a good way to make new friends. You don’t have to be a card shark to start playing either. Beginners can pick up the basics quickly, but there’s huge scope to develop over a life time for a truly rewarding hobby.

Bridge is the best game in the world, according to its devotees. It doesn’t matter if you’ve never played before.
Playing bridge often conjures up images of little old ladies passing the time while they chat about other things.
Not according to the likes of Billionaires Warren Buffet and Bill Gates who indulge a passion for bridge on a regular basis. For them Bridge is ‘the real deal’. So much so that two of the world’s richest men have invested a million dollars in a programme to teach bridge in schools.

Bill Gates says, “Once you know the basics it’s very straightforward. The high card takes the trick, It’s deliciously simple in the rules but deliciously complex in doing it well. It’s incredible, Bridge is one of the last games where the computer is not better.”
Warren Buffet agrees, “There’s a lot of lessons in Bridge. You have to look at all the facts, you have to work with your partner, particularly on defence. I’ve never met anybody that spent the time to learn the game that didn’t consider it one of the greatest things in their life.”

Bridge is a card game for four players, two against two. They use one pack of cards at a time and the pack contains fifty-two cards. Each player is dealt 13 cards, face down.
It is a trick taking game - namely four cards in each of 13 tricks - and has similarities with Whist, Oh Hell!, and Five Hundred.

Bridge is the best game in the world, according to its devotees. It doesn’t matter if you’ve never played before.
Why not give it a go? Get a group of friends together and email tutor Sue Spinks at suespinks6@gmail.com or phone 027 437 4376 to book your place at the card table for free bridge lessons.