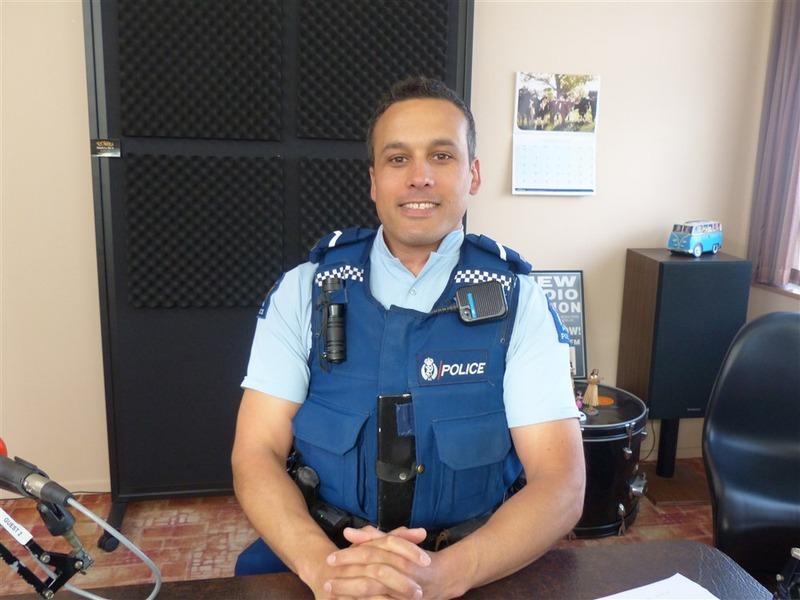 Senior Community Constable Harley North took time out from his busy day to call in and update us about recent police work. Click our podcast to listen to Harley North discussing local incidents with Brian Gentil.

Monday 22 April
Police received three burglary reports which are believed to have occurred during the weekend prior. Residential addresses at Kent Crescent, Seaforth Road and Roretana Drive were broken into and property was stolen from all three properties.
A burglar was disturbed at a SH2 Waikino address and fled before police arrival. Dogs at the property are believed to have scared them off. Torch lights were observed and a vehicle was heard leaving the scene. A confirmed attempted burglary had occurred.

Tuesday 23 April
A 33 year old male was arrested for contravening a protection order at an Athenree Road address. He was held in custody for Court in Hamilton.
A stolen vehicle was recovered at Deam Road. The vehicle is believed to have been used in several burglaries and other crimes around the Waikato and Bay of Plenty area. Two males were later arrested after police executed search warrants at addresses in Tauranga. Both males are facing multiple charges and are remanded in custody.
A 34 year old male was arrested for Cultivating Cannabis. He presented at Waihi Police Station after a search of an address at Katikati revealed evidence of cultivation.
A 33 year old female was arrested for a warrant to arrest at Waihi.

Wednesday 24 April
A 28 year old Paeroa female was arrested after a traffic crash at SH2 Waihi. She was sought by police in relation to several criminal investigations and is now facing multiple charges. She has been remanded in custody.
A 17 year old male was arrested and charged with multiple offences after he was involved the same traffic crash incident at SH2 Waihi. He was also breaching bail and was sought in relation to several criminal investigations. He was released on Court bail to an Auckland address.

Friday 26 April
Report of another attempted burglary Bradford Street. An attempt was made to force entry to a door but was unsuccessful.
Police assisted Council noise control with a party at Grey Street. Several intoxicated persons were warned for obstruction after they refused to cooperate.

Sunday 28 April
A 19 year old Paeroa male was arrested for theft after he and two of his associates were involved in a petrol drive off from Paeroa, drove to Waihi and stole several bottles of liquor from Commercial Hotel and fled back to Paeroa. Police found them at an Albert Street address a short time after.
A 39 year old Papamoa male was arrested at Waihi Beach for a historic family harm incident which occurred in Whakamarama. He was sought by police and was found sleeping rough in his vehicle near the surf club. He has been charged with assault with a weapon.

Crime Prevention Advice - Firearms Amnesty
If you are in possession of a firearm that the NZ Government has recently legislated against and want to surrender your firearm to police, contact our call centre on 0800 311 311 between 7am and 10pm or go to the NZ Police website at: www.police.govt.nz where you can complete an online form. Police will contact you to arrange surrender through the proper processes. Further information in regard to the type of firearms, buy-back compensation and the six month amnesty surrender period can be found on the website.
Get it sorted now before the amnesty period ends. Compensation will no longer be an option and prosecution is likely if you’re still in possession of an unlawful firearm after the amnesty.