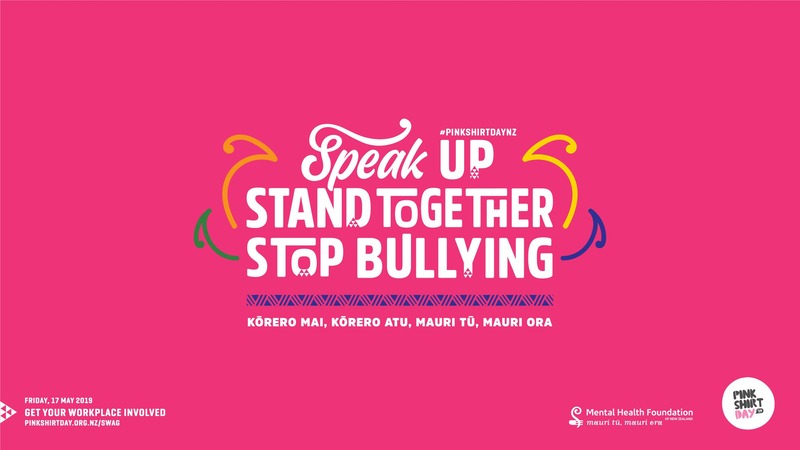 Pink Shirt Day is a national bullying prevention campaign run by the Mental Health Foundation of New Zealand since 2012. Pink Shirt Day began in Canada in 2007 when two students took a stand against homophobic bullying after a new student was bullied for wearing pink.

In Aotearoa, Pink Shirt Day aims to create schools, workplaces and communities where all people feel safe, valued and respected.

While everyone can be the target of bullying, some experience more bullying than others.

Pink Shirt Day was designed to be more than a day, it’s a movement. A reminder that small actions lead to larger actions that create positive change where we live, work and play.