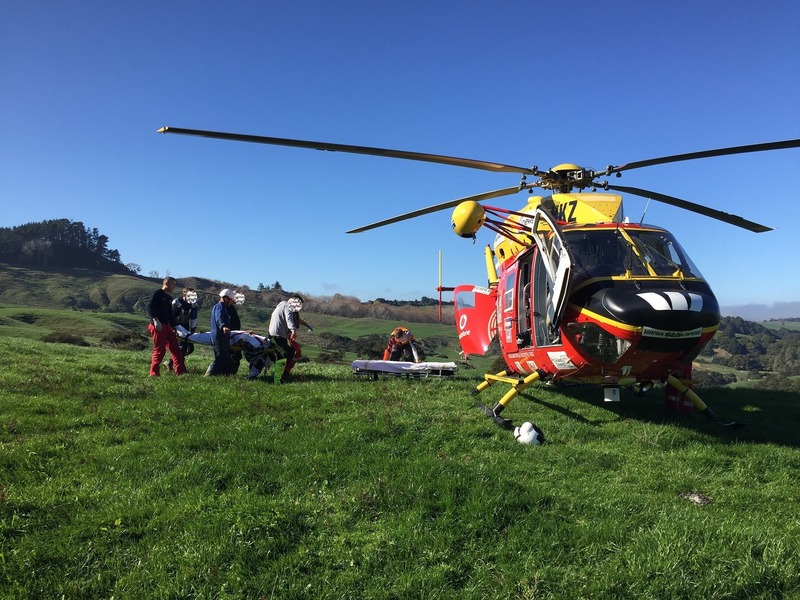 The early Friday morning call was to East Tamaki to assist two patients, both suffering multiple stab wounds to the chest and who were initially reported as in a critical and a serious condition. While en route, the critical patient’s status was downgraded to a serious condition, and crew were stood down and returned to base.

Five of the incidents were medical assists and included a pregnant woman in labour from Whitianga who was flown to Waikato Hospital in a serious condition on Friday afternoon.

A male suffering a medical complaint was flown from Waiheke Island to Auckland City Hospital at 11.52 pm Friday evening in a serious condition.

A male patient in his 60’s involved in a motor vehicle at Waiwakau at 3.29 pm Saturday afternoon was flown to Middlemore Hospital by Westpac 2 in a serious condition.

At 5.45 pm on Saturday Westpac 2 crew were tasked by Maritime Police alongside the Police Eagle helicopter to assist with the search and rescue of three persons whose boat had capsized off the Port Waikato bar in a three metre swell. The Police Eagle helicopter located the patients who had been in the water for approximately one and a half hours. The Westpac 2 crew attempted to winch insert an Intensive Care Paramedic however, due to the adverse conditions, the winch was aborted.
Westpac 2 then guided a surf life saving IRB to collect the patients before landing on a nearby beach to assess the patients. A male patient was in a minor condition and was transported to hospital by ambulance.
Westpac 2 flew a woman in her 30’s and a boy, both in a critical condition,to Auckland and Starship Hospitals. The woman required CPR onboard the flight to the hospital. Attending Pilot James Tayler said it was an excellent example of a well-executed inter-agency response.

On Sunday morning Westpac 2 flew to great Barrier Island to assist a female patient in her 80’s suffering a medical complaint.

At 12.15 pm Westpca 2 flew to Glen Murray to assist a male patient in his 40’s involved in a motocross accident where he came off his bike at approximately 60km per hour and landed on a small bank. He suffered multiple injuries and was in a serious condition. Due to the foggy conditions, it was elected to fly the patient to Middlemore Hospital instead of Waikato Hospital.