News / Local Mayor out of touch with community - Protect Karangahake 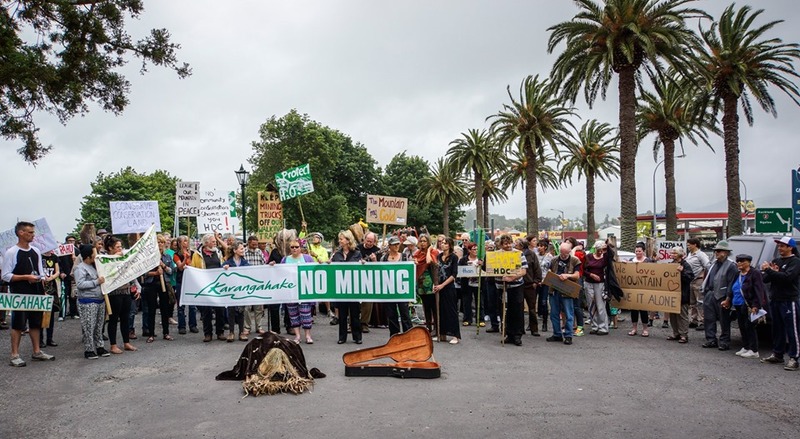 Local Mayor out of touch with community - Protect Karangahake

Hauraki District Mayor, John Tregidga, doesn’t speak for all locals as he berates Land Information Minister Eugenie Sage for accurately pointing out the risks of allowing OceanaGold to acquire land for a new tailings impoundment.

Spokesperson for Protect Karangahake, Beccy Dove says, “The Mayor has revealed his ties to the gold mining industry and is not speaking for locals as he claims. The locals I know are grateful that finally someone, Sage, is standing up to a foreign corporate giant and can see that a new tailings dam will only put our environment at risk and distract from alternative sustainable investments that could flourish in our area, such as eco-tourism.”

On Wednesday morning, Protect Karangahake will confront Tregidga and Councillors en route to the monthly council meeting to make their point by presenting a new mayoral chain to Tregidga, a chain weighed down by the gold industry.

Sabine Hartmann says, “In these times of tackling global warming and essential resources like clean water, it’s hard to believe that a useless and unsustainable industry like gold mining is allowed in our precious DOC Land. Humankind doesn’t need any more gold mines as 30% of all gold ever being mined has no other function than sitting in vaults making rich people even richer. It’s time for some forward thinking rather than supporting overseas corporates.”

“The only one who is biased here is the Mayor, he’s biased in favour of the gold mining companies regardless of the damage they do to communities.”