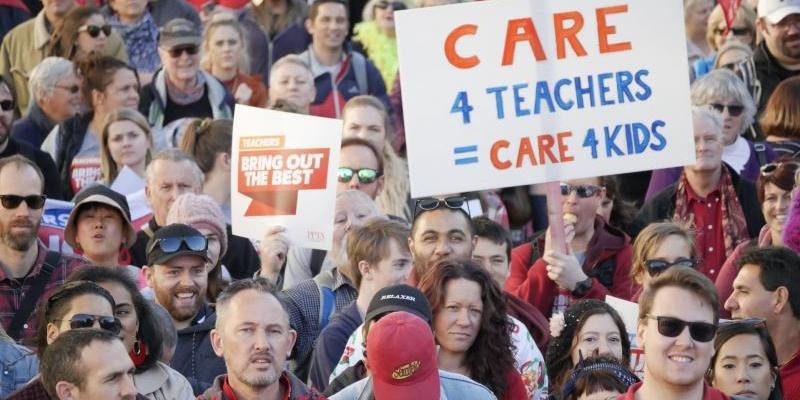 PPTA and NZEI have recommended that revised offers from the Government to their members are ratified, Education Minister Chris Hipkins announced today.

The revised offers were developed at a forum held last week between the teacher unions and the Ministry of Education and the Education Minister.

“The offers will see the agreements expire in 2022, includes more teachers and a commitment to pay parity for teachers,” Chris Hipkins said.

“At last week’s forum we all came to the table with a determination to settle. All sides were pragmatic in working out a revised deal that takes a longer term view that’s in the best interests of teachers, students and their families.

“It’s always been the Government’s objective to sort pay parity between primary and secondary teachers over the longer term, but it became a bigger issue in these negotiations and it made sense to bring it forward and get it sorted once and for all.

“In recognition of the additional funding to restore pay parity, an increase will be made to the value of management units and allowances for secondary teachers.”

The revised offer has also been extended to include area schools teachers, who were not part of the original set of offers, Chris Hipkins said.

“We have also listened to teachers about the pressure of their workloads. Alongside the revised settlement, the Secretary for Education, at my request, has developed an Accord with NZEI and PPTA for how the Government, teachers and principals will work to identify and address workload and wider education issues.

“There’s no financial pre-commitment attached to the Accord but it will be an important mechanism to address teacher concerns that have built up over time. The Government welcomes it.

“The later expiry dates, the inclusion of area schools, the one-off injection to achieve pay parity and other components of the settlement, offset by underspends from National’s Communities of Learning programme, has increased the cost of offers by $271 million to cover the new ground.”

The unions will now begin their respective ratification processes.