News / Matariki is on the horizon 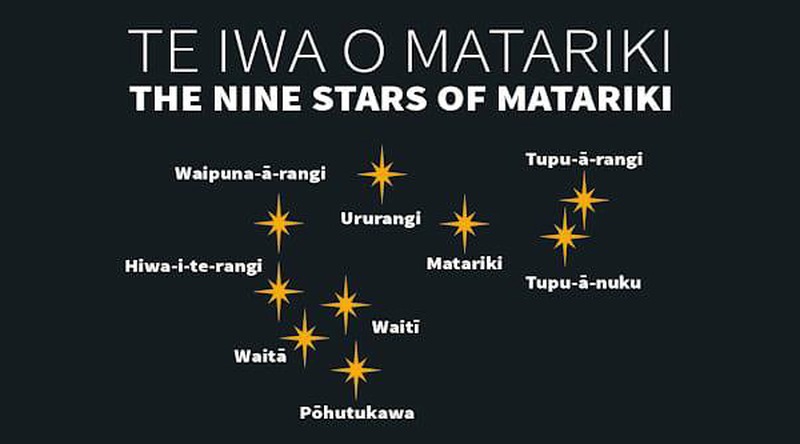 Matariki is on the horizon

Mid winter is nigh and Matariki is on the rise to usher in a new year for Aotearoa.

Matariki is the Maori name for the group of stars also known as the Pleiades star cluster or The Seven Sisters which rises in mid-winter, the traditional Maori New Year.

Matariki has two meanings, both referring to a tiny cluster of stars; Mata Riki (Tiny Eyes) and Mata Ariki (Eyes of God).

The sighting of the Matariki cluster in the morning sky signals the beginning of a New Year for Maori and its appearance has been used for centuries to signify what the coming year will bring.

Traditional Matariki knowledge in New Zealand was almost lost when tohunga (Maori experts) who previously held and safeguarded the knowledge were banned.

The Maori calendar was replaced with a Georgian calendar and star knowledge was no longer overseen by tribal tohunga.
Matariki celebrations were once popular Maori festivals, but dwindled away in the 1940s. In 2000, they were revived. Only a few people took part at first, but in just a few years the ‘New Zealand Thanksgiving’ has become an important event for many kiwis.

Cultures across the world revere this small glittering star cluster in the northern sky. The high visibility of the star cluster has guaranteed it a special place in many cultures, both ancient and modern. The heliacal rising of Pleiades often marked important calendar points for ancient peoples from all parts of the world, including the Vikings and Celts.

Ancient Greeks named the group of stars Pleiades, the seven daughters of the gods Atlas and Pleione.

The English called them the Seven Sisters and the glittering cluster was named the ‘Jewel Box’ by John Herschel, a prominent English astronomer when he described its telescopic appearance as “a superb piece of fancy jewellery.”
Matariki is known and honored across Asia too. The Japanese know the star cluster as Subaru and it can be seen on the emblem of the car bearing its name.
Berbers living in the North African desert called Matariki Cat iheḍ, translated to ‘daughters of the night’.

It was common among the indigenous peoples of the Americas to measure keenness of vision by the number of stars the viewer could see in the Pleiades cluster. Many tribes had their own names and stories associated with these stars.

Polynesian peoples across the Pacific know the Pleiades by the names Matali’i in Samoa, Matari’i in Tahiti, Makali’i in Hawaii and Matariki in Rarotonga and Aotearoa, New Zealand - showing the connection of star lore knowledge that stretches far back into the pre-European Pacific.

To get the best view of Matariki, look to the northeast horizon about 30 minutes before sunrise. Watch the video to see more information.

Depending on your location, access to a good hill, cloud cover and light pollution in cities and towns, Matariki should be visible between 7.15 am to 7.30am with the best sightings occurring from about June 20 onwards.
The winter solstice (shortest day) is on June 22.
The next new moon is on July 4.

Once again this year the combined schools of Waihi have joined together to celebrate Matariki and encourage knowledge of this important celestial event for New Zealand.

There is a slip of the tongue in this video when Martin says south east instead of north east. It is corrected in the text of the video.