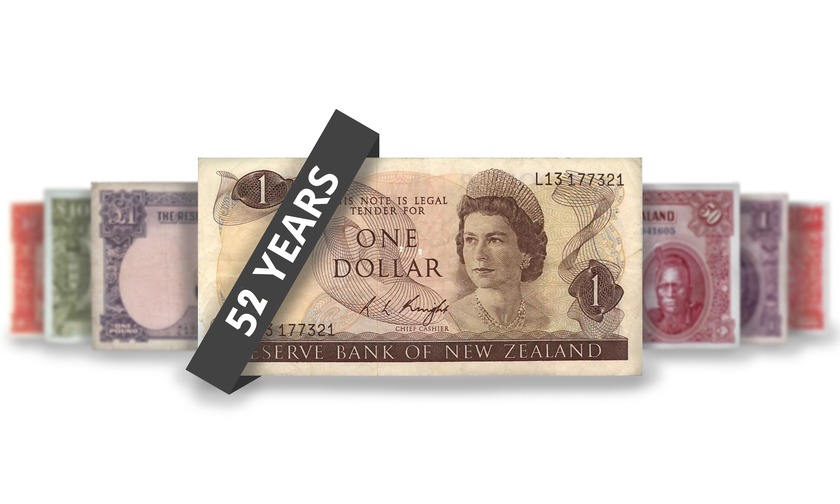 You’ll be showing your age if you remember this TV commercial from back in the day.

Under the decimal system two dollars was equivalent to one pound, one dollar was equal to 10 shillings, 10 cents was one shilling and 5/6ths of a cent had the same value as one penny. To ease transition the five, ten and twenty cent coins were the same size as the sixpence, shilling and florin they replaced.

A marketing campaign featured Mr Dollar, an animated rolled-up dollar note, and a jingle which said “don’t shed a tear in July next year for cumbersome pounds and pence.”

The new coins were in denominations of 1, 2, 5, 10, 20 and 50 cents. The word shilling was included on the minting of the 10 cent coin until 1970 to help people make the transition to decimal currency.

The new $1, $2, $5, $10, $20 and $100 banknotes featured a portrait of Queen Elizabeth II and a watermark of Captain James Cook on the front. Different designs of native birds and plants were depicted on the reverse.

The first call for decimalisation came as early as 1908 and the idea gained momentum during the 1930s. Labour MP Rex Mason submitted a series of private member’s bills about decimalisation to Parliament in the 1950s, while in opposition. The bill that eventually resulted in the Decimal Currency Act 1964 was a government bill from the National government which in 1963 announced New Zealand would switch to decimal currency. The process was overseen by then under-secretary for finance and future Prime Minister Robert Muldoon.