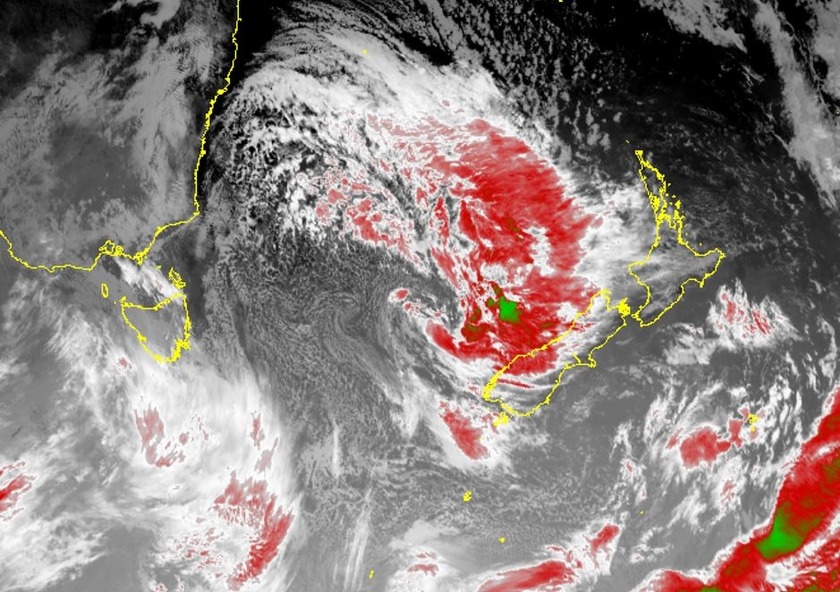 With many western regions of the country being hit with wet and thundery weather on Sunday the start of this working week will feel like a reprieve with eastern regions forecast a mostly dry day and showers in the west set to ease during Monday morning. MetService reports that unfortunately, this trend won’t even last the day for the west of the South Island with another weather system muscling its way in from the Tasman Sea from lateafternoon.

Another bout of heavy rain, strong winds and thunderstorms will accompany this next front which rapidly moves over the South Island Monday evening and overnight and then across the North Island during Tuesday morning and afternoon.

Severe Weather Warnings and Watches are now in force for the northwest corner of the South Island and parts of the North Island from Wellington up to Taranaki. Though areas north of the central plateau are not under any heavy rain watches or warnings a burst of heavy rain and localised squally thunderstorms is still expected with the passage of this front (expected to cross Auckland mid-morning).

MetService Meteorolgist April Clark says: “The good news is that as quickly as this next front moves onto the country it will move off it. Though the bad news is a number of fronts are lining up in Tasman Sea to take its place. This unsettled weather pattern is typical for winter.

The east of the South Island will receive a fraction of the rain expected over their western counterparts as Southern Alps and high country in the North Island provide good shelter from the full impact of these fronts in the north to westerly flow.