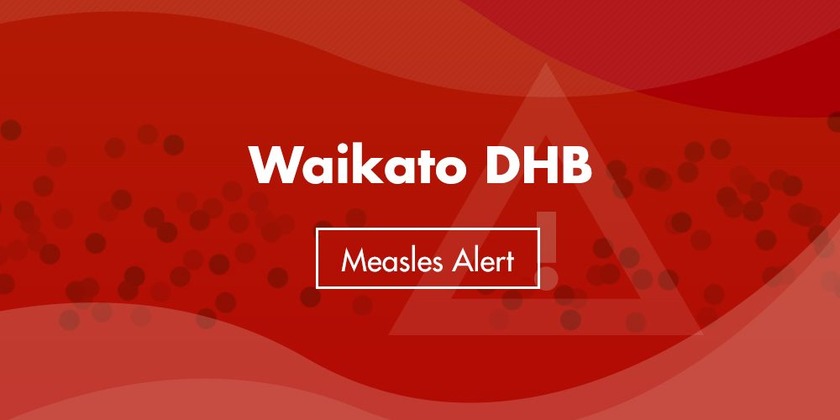 The Medical Officer of Health has been notified of a confirmed case of measles in Thames. Some household members of this case are now in quarantine in case they develop measles. It appears that this person may have been exposed in the vicinity of the McDonald’s at Goldfields Mall in Thames at the beginning of the school holidays (early July).

People who were in the vicinity of McDonald’s Goldfields in Thames at the beginning of the school holidays and were also exposed to measles would already have it by now, and anyone who was there around the dates and times listed below are at risk of developing and spreading measles (if they are not immune):

Sunday 14 July from 4pm to 9pm
Wednesday 17 July from 6am to 8:30am
Anyone who thinks they may have measles should telephone their doctor or Healthline (0800 611-116). If you need to be seen it is important to call ahead because measles is highly infectious and people with measles can infect others in waiting rooms, etc.

Waikato DHB Medical Officer of Health Dr Richard Hoskins is urging people to catch up on measles immunisations and to take appropriate action if they think they might have measles. “There is already a lot of measles in NZ this year, and about one in five of young adults (15-40) missed out on full immunisation, so anyone born after 1 January 1969 who does not have records of two measles immunisations or a blood test showing immunity should catch up on MMR at their GP now” he says. MMR catch up is free.

“Measles is easily passed from one person to another. The best form of protection is immunisation with two MMRs,” said Dr Hoskins.

“It is important to be aware of the symptoms of measles and what to do if you think you or a family member has measles. If you were exposed look out for fever and a runny nose, or cough, or sore red eyes. After a few days a red blotchy rash develops and lasts up to one week. The rash usually starts on the face and spreads to the rest of the body.”

Public Health are working to identify and inform people who may have been exposed to measles but in a setting like McDonald’s and Goldfields it is impossible to identify and contact everyone who passes through. Contacts who are not immune to measles are advised to stay at home and away from all public places, school or work for 14 days after their last contact, or until their immunity is proven.

Measles can be very serious and spreads very easily.

People who are regarded as not immune to measles are: