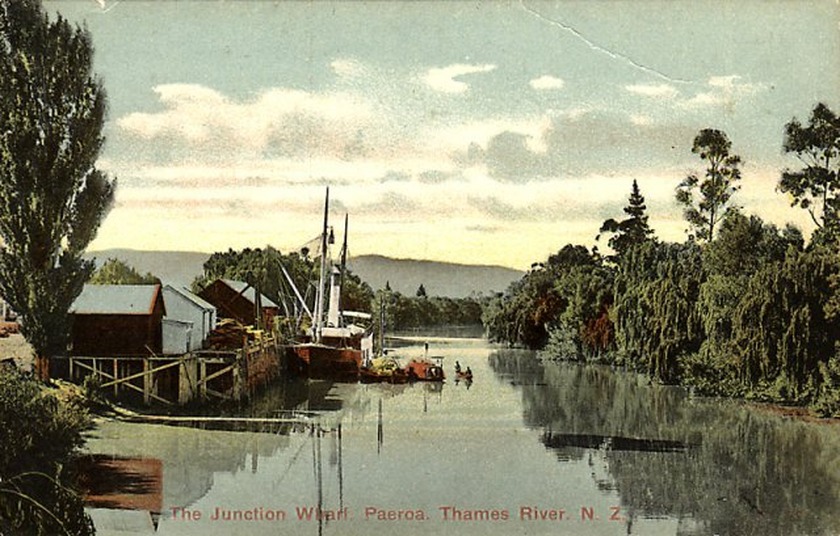 ”We’re working closely with the Paeroa community and the town’s Historical Maritime Park to invigorate tourism along the Waihou River,” Shane Jones said.

“The Hauraki District Council has contributed $400,000 in funding, which is a vote of confidence in the project and another example of central and local government collaboration facilitated by the PGF.

The new wharf replaces an existing structure, which is now inadequate in light of growing tourist numbers.

“This project will complement existing tourism offerings in the area, including the popular Hauraki Rail Trail. It will also mean more money spent at local businesses.

Now that funding from the Provincial Growth Fund has been approved in principle and announced, contracts will be negotiated. Some funding may depend on completion of business cases. Payments are made once agreed milestones are met. These are set as part of contract negotiations, and differ from project to project.

Note:The Ohinemuri Journals contain important historic information about the Waihou River and the boats that transported people and cargo that contributed to the rich history and aided the development of the region.