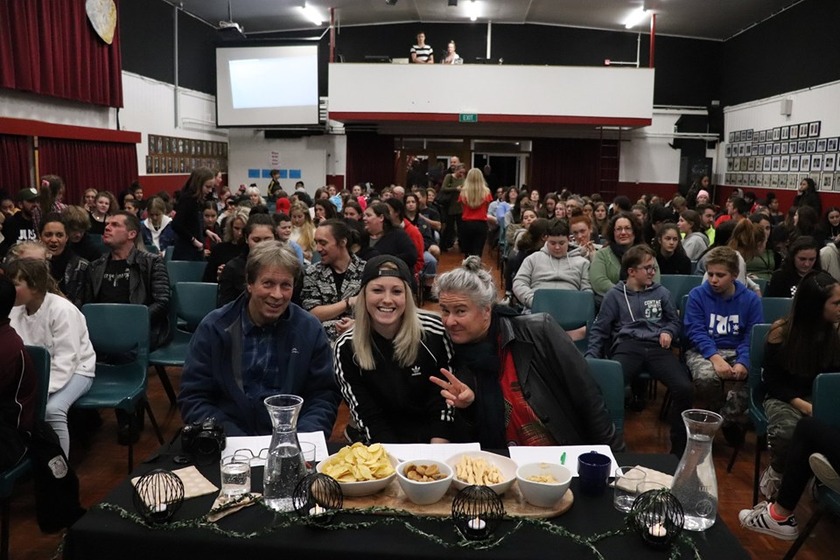 The Waihi College Talent Quest last Friday was an awesome night – a good variety of performances, a great crowd with lots of clapping and cheering, and tons of encouragement and support for the kids.

Big thanks to all the performers, those that organised the night and everyone that came along to enjoy the show!

Everyone who entered did really well, and so did the judges who had the hard job of picking the winners. Big ups to the techies who made everything work smoothly behind the scenes and to Mr Henare for his musical expertise.

And the winners were …

The fantastic hosts were Holly Elson-Fisher, India Pool and Georgia Armstrong… you did a great job.

Judges for the evening were the lovely Dot Cater and Emma Roberts from Waihi College along with the man with the smooth voice who always knows what to say - Brian Gentil from Gold FM. Thanks team for all you did on the night.

Mr Henare was on hand to not only accompany several performers on the piano but also to help out with the behind the scenes technical requirements.

We were also lucky enough to be entertained by Jo Howell and Leon Ruttersmith with some ‘interesting facts’ while the judges deliberated. Thanks guys.

A big congrats to everyone who entered and gave it their all, it takes a lot of courage to get up on stage and perform amongst your friends and peers, and everyone can hold their head up high after doing such a great job on the night. And the experience they’ve gained will stay with them for a long time.