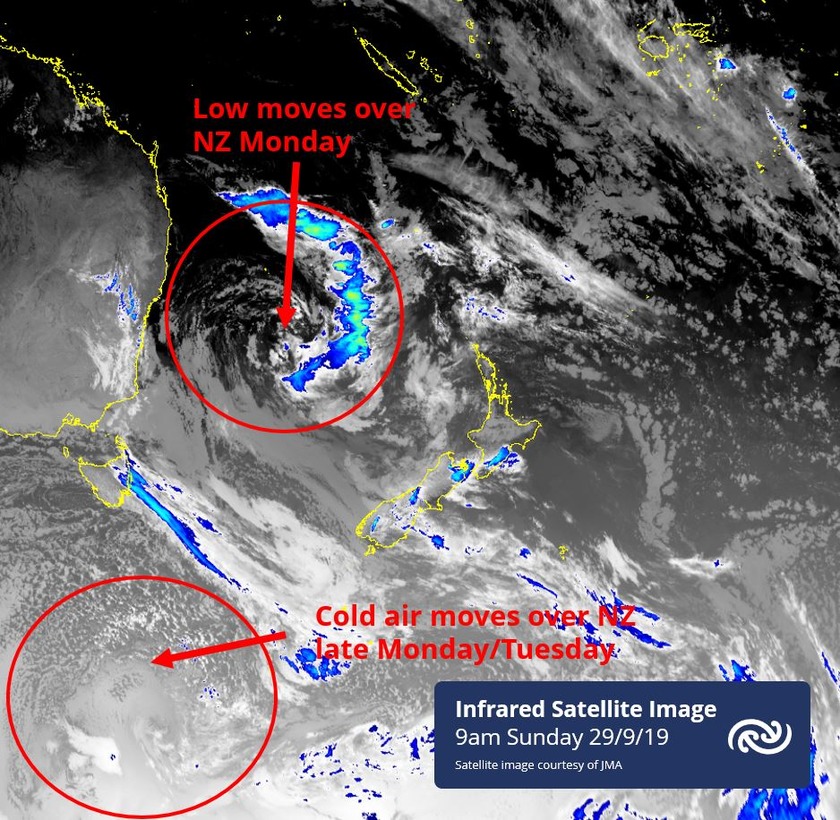 Cold winds, periods of rain, hail, and inland snow over the South Island are on the cards for New Zealand during the first half of this week.

The Desert Road in the North Island is also likely to see some snow on Tuesday and late Wednesday.

“This will be a noticeable contrast to the relatively warmer and settled weather that most places have experienced this weekend,” says MetService Meteorologist Stephen Glassey.

An area of low pressure moves over New Zealand from the Tasman Sea on Monday followed by a blast of cold air from the south late Monday and Tuesday. Another cold burst moves north over the country on Wednesday before the weather begins to settle down.
Glassey adds, “It is not unusual to get weather like this during spring. Just last week we had a similar cold outbreak, and we will likely see some more cold outbreaks before spring is over.”