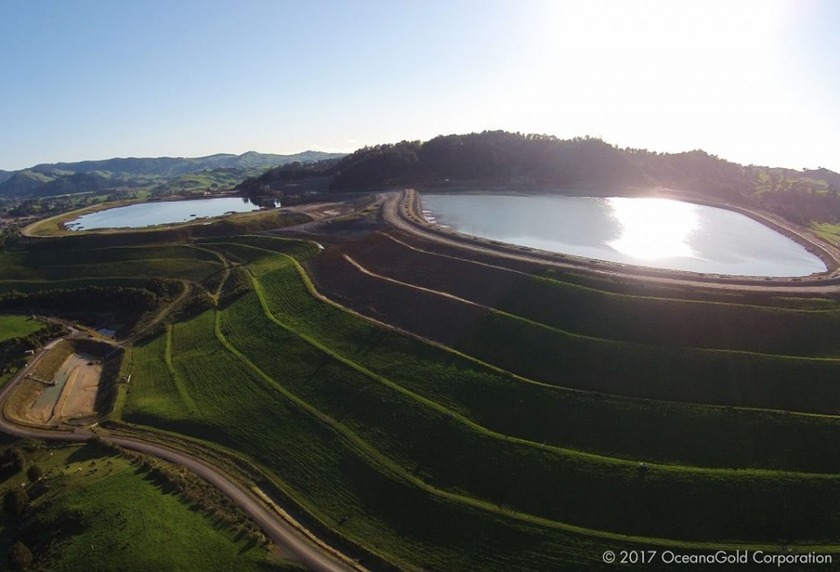 OceanaGold welcomes approval under the Overseas Investment Act of its application to purchase 178 hectares of farm land south of Waihi, which would provide additional tailings storage as part of a planned extension of the life of the Waihi Gold Mine.

The application was made in line with the Company’s commitment to invest and extend the life of the Waihi Gold Mine when granted approval by the Overseas Investment Office to buy the mine in 2015.

Waihi Gold Mine General Manager, Bernie O’Leary, said the clearance received under the Overseas Investment Act to purchase the land would provide support for ongoing investment at the operation.

“The Waihi Gold Mine has operated safe tailings storage facilities to the highest environmental, construction and rehabilitation standards for 31 years,” Mr O’Leary said.

“We are continuing our technical studies in line with exploration drilling that has added to the estimated volumes of gold we could produce at Waihi over the next ten years, or more,” he said.

“These studies include investigating different options for tailings storage at the mine, but as yet we have not been able to engineer an option that removes the need for additional land.”

“The prospect of being able to extend the life of the mine brings with it a potential increased need for tailing storage, but also extends economic benefits for the region and for New Zealand.”

“This is good news for the many people in and around Waihi who rely on us for employment and we hope to continue making a positive contribution well into the future.”