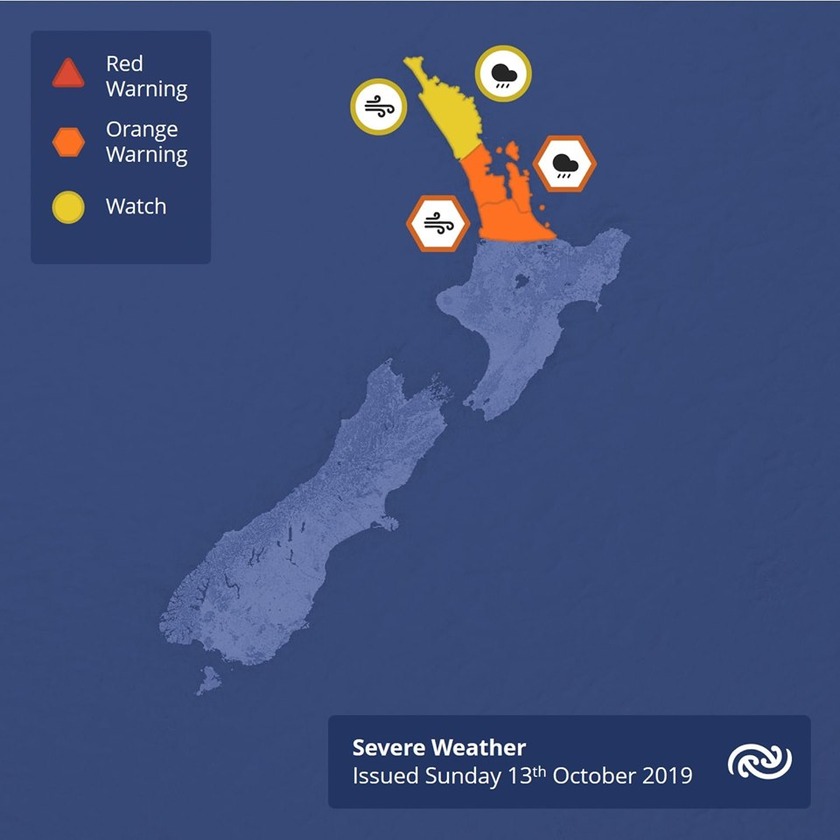 An intensifying low-pressure system approaching from the northwest is expected to deliver heavy rain and strong winds to large parts of the North Island in the first half of this week.

“Northland will be the first to feel the brunt of this weather system with rain and strong easterly winds setting in Monday morning,” says MetService Meteorologist Stephen Glassey.

“The rain and strong winds will then gradually spread south over the rest of the North Island and Marlborough during the remainder of Monday and Tuesday.”

Northern and eastern parts of the North Island are likely to experience the heaviest rain. MetService has already issued an Orange Heavy Rain Warning for Coromandel Peninsula,
while Northland and Auckland north of Whangaparaoa are under a Heavy Rain Watcha. More areas, such as Gisborne and Hawkes Bay, are likely to be included in the warnings for Tuesday.

“Because this system is coming from the north, it contains more moisture and potential for heavy rain than your average low-pressure system,” warns Glassey.

As well as rain, strong easterly winds will affect many areas in the second half of Monday into Tuesday. Auckland, Coromandel Peninsula, parts of Waikato and western Bay of Plenty are under an Orange Strong Wind Warning, while Northland is under a Strong Wind Watch.

The low moves away to the east of New Zealand on Wednesday, with rain clearing in most places and winds easing. However, another low pressure system should affect the country later in the week.