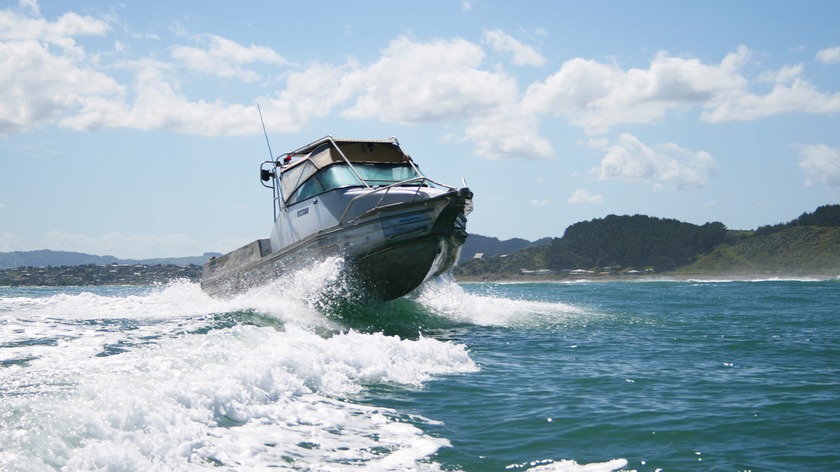 The three bar cameras have been installed by the council’s harbourmasters at Port Waikato, Raglan and Kāwhia. There has already been a live feed available for Tairua.

“Crossing a bar is a high risk activity for even the most experienced boatie,” said the council’s maritime services team leader Richard Barnett. “A responsible skipper is well prepared and makes informed decisions before heading out.

“Around New Zealand, there have been a number of deaths in recent years caused when boaties have attempted to cross dangerous bars at the mouths of our harbours.

“There are many causes, but one of them is a lack of information about the conditions of the bar before setting out,” Mr Barnett said.

“It was unanimously agreed that bar cameras would help the public assess and make a better informed decisions before attempting a bar crossing,” Mr Barnett said.

The project, which has cost $17,500, was made possible through the help of the Waikato Regional Council Innovation Fund and Vodafone.

The cameras are independently powered by a solar battery and send out a refreshed image every minute via the Vodafone Wireless Network.

Mr Barnett said the cameras will also aid in the rescue of any capsized boat by providing up-to-date real-time positions of where the vessel and its occupants are. “This will reduce the search time in potentially dangerous conditions.”

In the case of Raglan, which has jet skis as rescue vessels, the cameras can help responders decide which unit is best to use.

The availability of the live feeds come just ahead of the traditional start of the boating season, Labour Weekend, and as Safer Boating Week kicks off.