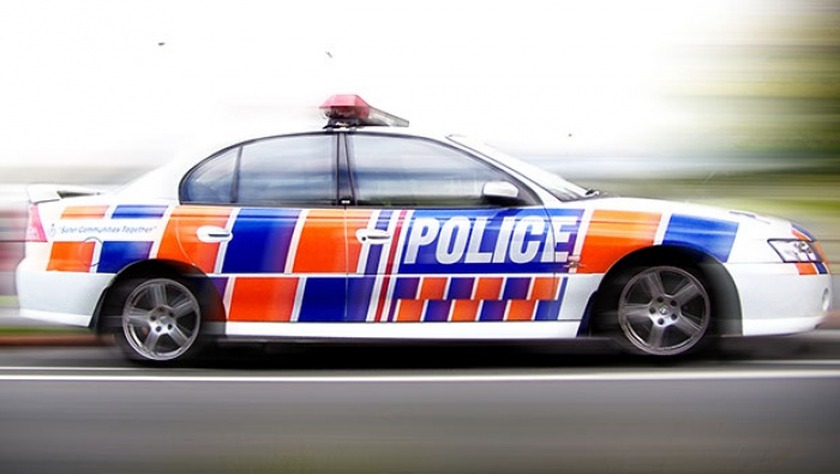 A 55-year-old man is in Police custody after an incident in Eastern Waikato early this morning which included the man threatening Police, and Police firing a shot at the man’s vehicle.

Police were called just after 1am to a family harm event in Morrinsville, where the man had reportedly been drinking for some hours and was threatening to drive. On Police arrival at the address, the man rammed the Police car with his own vehicle.

He made an implied threat to injure Police staff with a spade and a knife, before driving off towards Morrinsville township. When at the Police station, the man rammed the station gates and multiple Police vehicles, as well as vehicles on the street belonging to members of the public.

The Police Eagle helicopter was called to assist in locating the man, before the vehicle was seen at the Z station in Morrinsville, where the man rammed another Police car.

On Tahuna Road, the man rammed a Police dog vehicle at speed.

An officer fired one shot towards the vehicle, hitting the tyre, before the man left the area.

With the assistance of the Eagle helicopter, the man was tracked to Top Road in Tahuna, where he was arrested without further incident around 3:20am.

The Independent Police Conduct Authority is being notified, as is standard practice.

It is very fortunate that no Police staff or members of our community were hurt during this incident.

It is a reminder to our staff, and to members of the public, that any event Police attend can quickly escalate.

The man is expected to appear in Hamilton District Court today, and charges are yet to be confirmed.