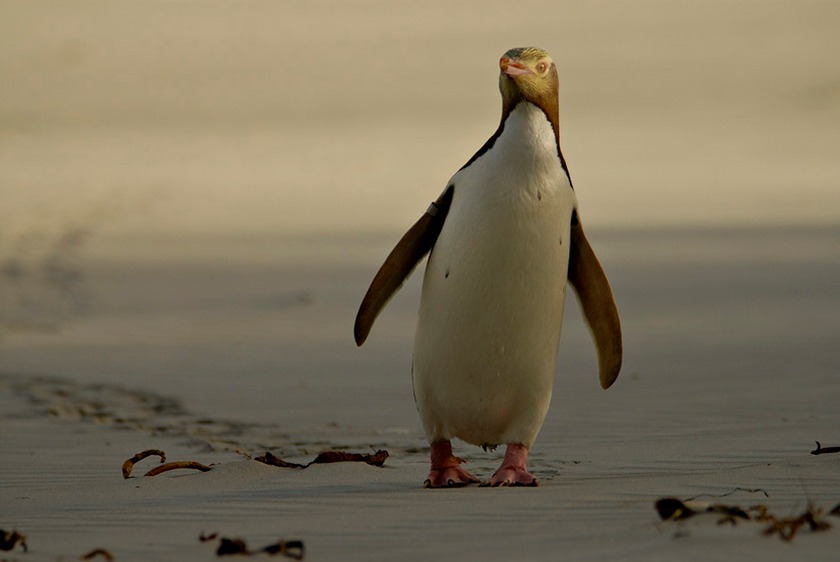 Hoiho crowned Bird of the Year for 2019

Widely considered an underdog, the valiant hoiho (yellow-eyed penguin) has smashed the feathered ceiling to win Bird of the Year, a first for seabirds in the competition’s 14 year history.

For much of the two week voting period in Forest & Bird’s annual competition, the hoiho was neck and neck with the iconic kākāpō, only managing to edge ahead in the final few days.

“It was so close between these two amazing endangered birds, it was impossible to predict a winner for most of the competition,” says Forest & Bird spokesperson Megan Hubscher.

The hoiho is the world’s rarest penguin, with only 225 pairs remaining on mainland New Zealand in 2018/19. Hoiho face numerous threats including warming oceans leading to changes in food availability, bottom trawling damaging feeding grounds, being caught in fishing nets, and disturbance from humans.

Hoiho also benefited from the early creation of a ‘penguin coalition’ between all four of the penguin campaign teams (hoiho, korora, tawaki, and rockhopper) who pledged to back each other under the new STV voting system.

As usual, memes and trash-talk took over the internet during Bird of the Year. Kākāpō took a lot of heat, being labelled boomers and moss chickens, while the incumbent kererū was accused of being drunk and not fulfilling last year’s campaign promises.

“Bird of the Year has become a national passion, and that’s thanks to everyone relentlessly and ruthlessly promoting their favourite bird’s weirdest qualities to the globe,” says Ms Hubscher.

“Our birds are so incredible and unique - all New Zealand birds are winners!”

Bird of the Year is run by independent conservation organisation Forest & Bird to raise awareness of New Zealand’s unique native birds and the threats they face.

Eighty percent of New Zealand’s birds are in trouble, and one out of three bird species is at serious risk of extinction including this year’s winner, the hoiho.