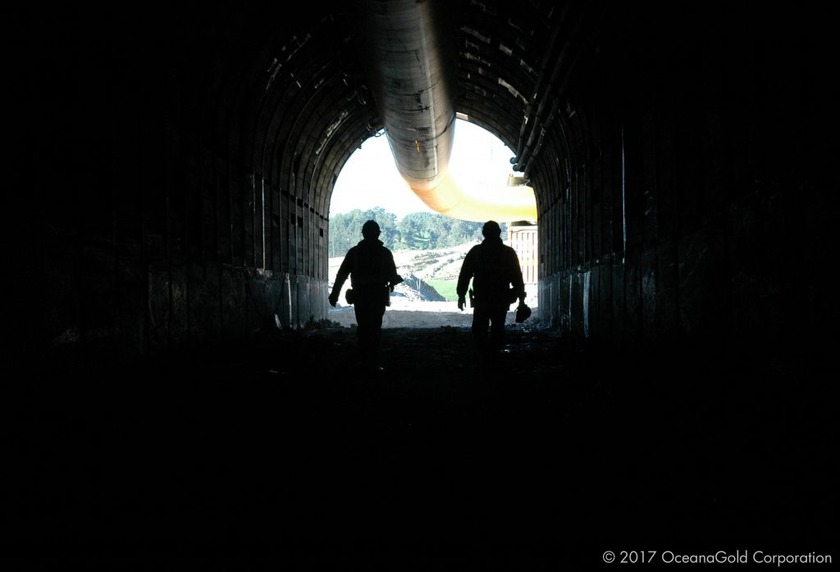 Mike Wilkes, President and CEO of OceanaGold said, “WKP is a game changing discovery that continues to yield significant high grade results.Drilling on the East Graben vein, one of several structures at WKP, has intersected significant widths and grades in nearly every hole to date which further increases our confidence in continuing to advance this prospect. Based on the initial high-grade resource announced earlier this year and the continued success of our exploration program, WKP is demonstrating the significant potential still to be fully realised in the Waihi district.”

“We are currently working on an all-encompassing preliminary economic study which we expect to complete in the first half of 2020. We are not only excited about the prospects at Waihi for our shareholders but also for our proud Kiwi workforce and the local, rural communities. Discoveries such as WKP have the potential to further create employment opportunities while delivering significant socio-economic benefits.”

Since the February 2019 exploration update, 8,788 metres have been drilled at WKP focussing on resource definition drilling of the East Graben Vein; one of three major low sulphidation epithermal gold-silver veins identified to date within the WKP prospect area. In addition to these known veins, the Company has intercepted several high-grade veins in the hanging wall and footwall of the East Graben vein.

The Company commenced exploration of the WKP prospect in August 2017 and to date has drilled 24,535 metres in 54 holes.

Additional drill sites are being considered and the Company also plans to drill further veins this year with a goal of testing the potential size of these veins as historic drilling has confirmed the significant width and grade mineralisation similar to the East Graben vein.

The Company is currently working on an all-encompassing study for the Waihi district. The Company expects to complete this study in the first half of 2020 incorporating development of the Martha and WKP deposits over the longer-term highlighting production rates, high-level costs and production schedules.