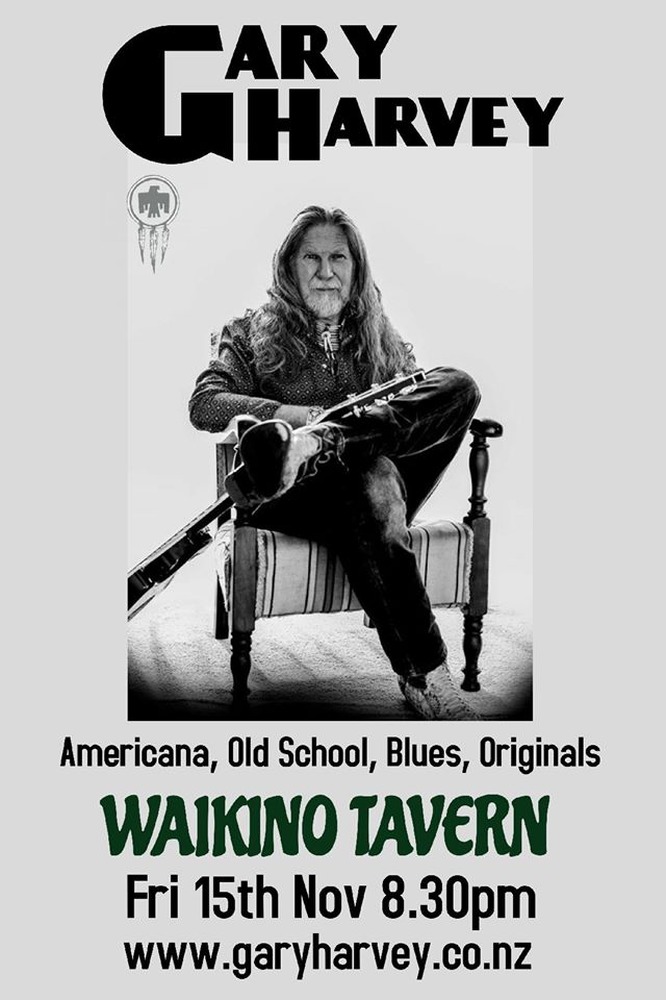 Gary Harvey is performing at the Waikino Hotel tonight and he caught up with Brian Gentil in the Breakfast Show on Friday morning.

Gary has been busy recording his new album, which he’s putting out on vinyl early next year.

Brian asked him about his musical influences and also his trips to the United States where he gets a lot of inspiration.

Gary described his musical styles which can get you up and dancing or have you sitting back listening to the lyrics of a slower, quieter tune or two.

He likes to play to the audience and gauging what they’d like to hear.

Gary’s performing at the Waikino Hotel tonight starting around 8.30 pm, and there’s no cover charge. Why not get along a little earlier for a meal?

Hear the interview by clicking on our podcast interview link…