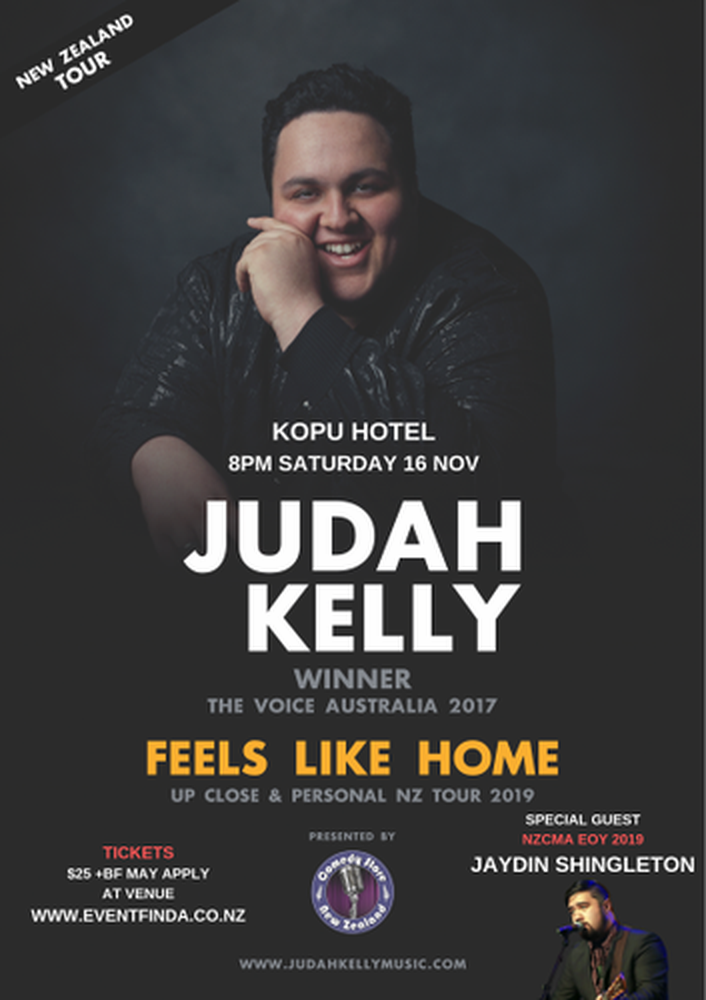 It was a great pleasure to welcome Judah Kelly and Jaydin Shingleton into the Gold FM studio.

Emerging from the nationwide success of winning the 2017 series of The Voice Australia and the release of his debut album Count On Me, Judah Kelly had a realisation that his next step would be a crucial one. Freed of the bright lights and intense scrutiny, Judah knew that his second album was a chance to establish an even stronger musical identity for himself and lay the groundwork for a career playing the music he loves. On Real Good Time he’s comprehensively achieved that goal.

Touring New Zealand, his mum’s birthplace and a place he’s visited many times Judah brings his ‘Feels Like Home’ show to the Kopu Station Hotel this Saturday night.

This it your chance to check out the guy affectionately nicknamed “King Judah” by Kelly Rowland and mentored by Delta Goodrem.

Click on our podcast link to hear the interview with Judah Kelly and Jaydin Shingleton and to hear Judah’s latest single “Real Good Time”.