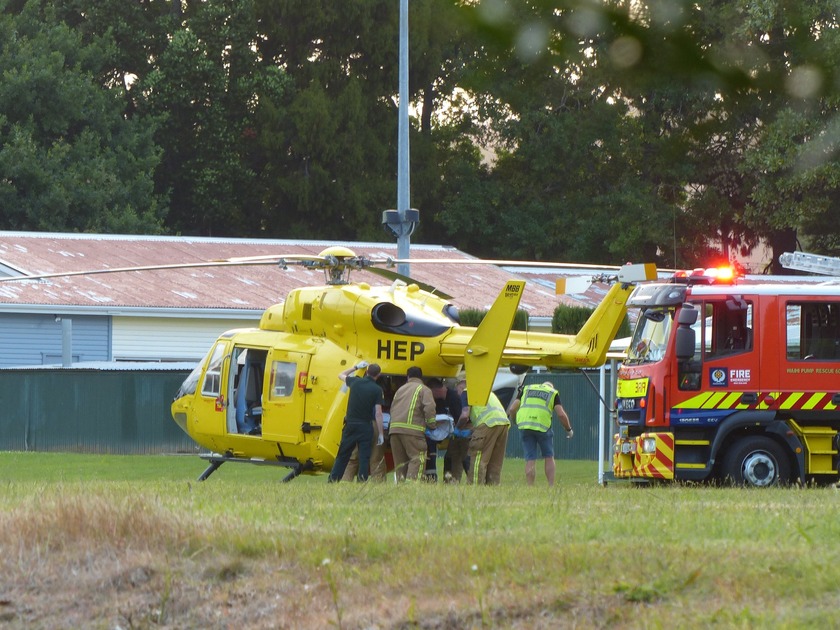 Emergency services responded to a call to attend what was initially described as a dog attack on the corner of Consols Street and Silverton Road, Waihi at about 5:50 pm yesterday.

A dog at the scene was restrained and tied up while a man, with what was at first assumed to be serious dog bites, was assessed.

Dog control was asked to attend the scene, while firefighters who also responded to the call out assisted ambulance staff to load the man into an ambulance.

The man was transported to Morgan Park where a rescue helicopter was waiting to airlift him to Tauranga hospital.

Police said further information was received which suggested the person actually sustained injuries in a fall.

Enquiries are ongoing to establish the full circumstances of the incident.