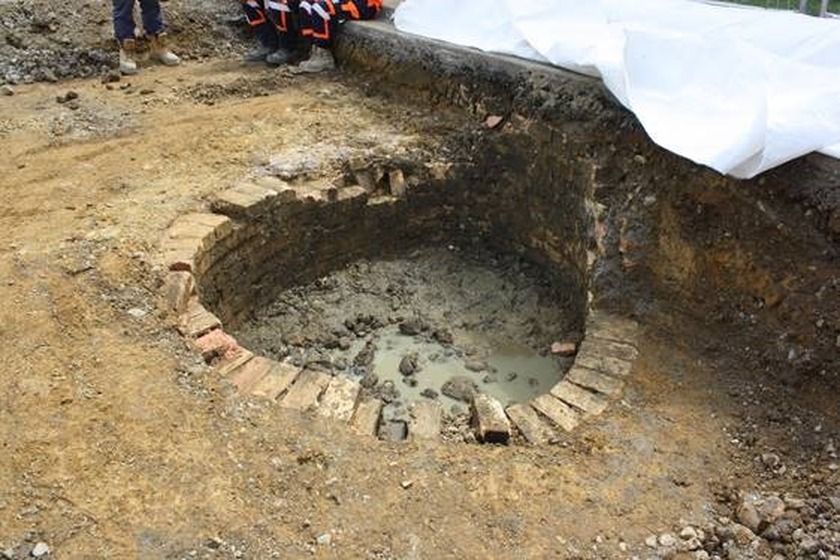 The crew working to reduce the slope, or camber, of Coromandel Town’s main street has unearthed a brick-lined structure near the intersection of Kapanga, Wharf and Tiki roads outside the Assay House.

While we aren’t sure exactly what it is, it likely an early industrial well or sump that was uncovered immediately below the old road.

Members of the crew from our contractor for the work, Downer, helped the project archaeologist excavate the structure and the base of it has been preserved in situ under the new road.

We have been reducing the camber of the road as previously the steep slope of the road had meant car doors would frequently swing open onto verandah posts or scrape the footpath, and passengers would have difficulty climbing out of vehicles.

The project has also involved upgrading the stormwater drainage system on the roads, which has now been completed.

Downer project manager Andre Stickling says the project is expected to be completed by about 19 or 20 December.

Downer team members and Council staff have been holding weekly meetings for residents and business people to get an update on the project and also to express any views or concerns they have.

The next meeting is next Wednesday (27 November) at the Weta Café, 36 Kapanga Road, at 9am.

This week’s meeting at Coro Café was well attended by 15 members of the public, who were keen to hear more about the project as it nears completion. 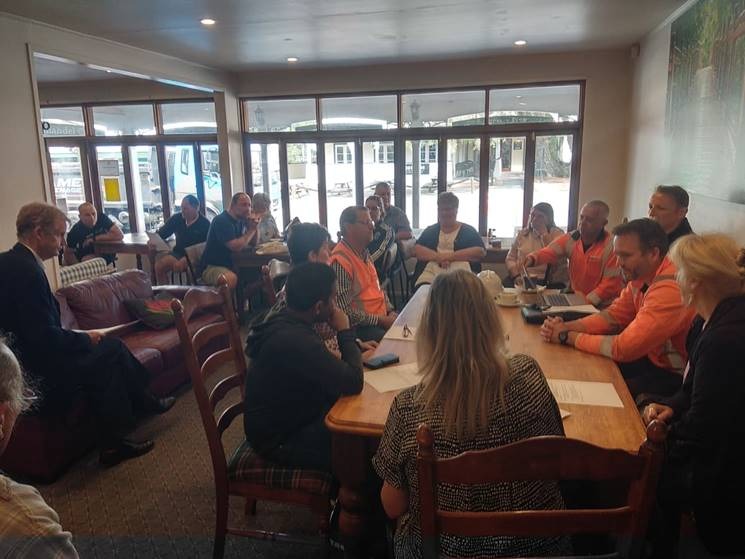