News / Puppies lucky to be found 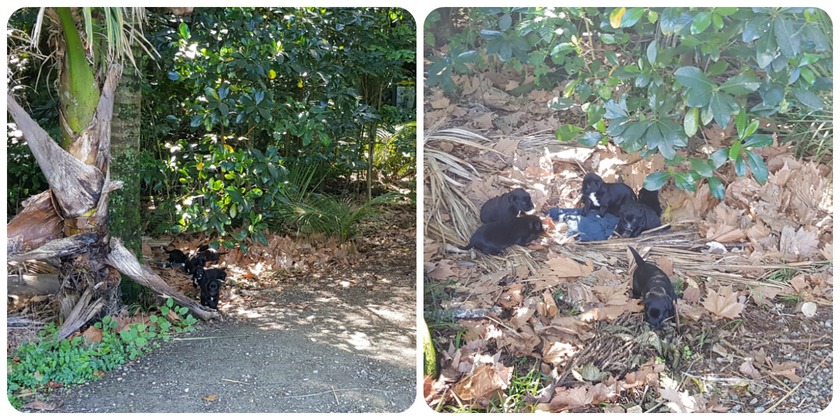 Puppies lucky to be found

While off-duty and on holiday, SPCA Tauranga Inspector Jason was out on a walk with his family in Gisborne’s Gray’s Bush Reserve, when he stumbled upon something quite shocking.

Hidden amongst a pile of leaves to the side of the track was a pile of tiny and vulnerable puppies, aged only two-three weeks old.

The puppies were confused and disoriented and clearly desperately missing their mum.

Jason and his family sprang into action and retrieved blankets from their car which they used to create a make-shift sling for the puppies.

They then rushed them straight to SPCA’s Gisborne Centre. Staff were amazed to realise their rescuer was also an SPCA Inspector!

These puppies were lucky to be found in time by someone who cared – and the litter of 4 males and 3 females received immediate treatment.

“These puppies were so lucky. Lucky to have been found in time, lucky to have received care and love from their wonderful foster family, and lucky to now be able to go on to live safe, happy lives with families who will love them.”