News / Who knew there was a day dedicated to buying nothing? 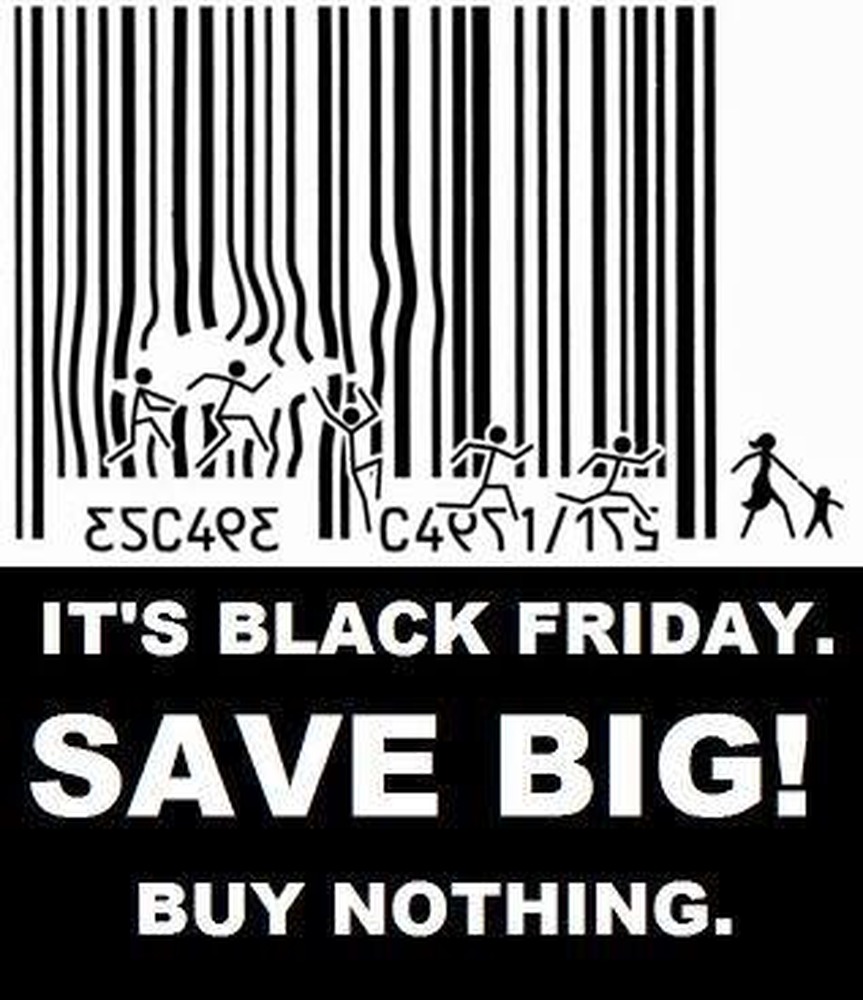 Who knew there was a day dedicated to buying nothing?

Buy Nothing Day is the alternative to Black Friday, the day after Thanksgiving . Black Friday was a busy shopping day long before it got its name. In 1950s USA, people began calling in sick the day after Thanksgiving to give themselves a four-day weekend. Since stores were open, those playing hooky got a head start on their holiday shopping. Rather than try to determine who was legitimately sick, businesses decided to add that day as another paid holiday.

It was originally called Black Friday because the volume of shoppers created traffic accidents and sometimes even violence. Police coined the phrase to describe the mayhem surrounding the congestion of pedestrian and auto traffic in downtown shopping areas.

The name Black Friday was first recorded in 1966 by Earl Apfelbaum, a dealer in rare stamps. In his ad, he said, ‘Black Friday’ is the name that the Philadelphia Police Department gave to the Friday following Thanksgiving Day.

However, the Friday after Thanksgiving became one of the most profitable days of the year. Accountants used black to signify profit when recording book entries and red to indicate loss.

Retailers also began using black ink to represent profitability and being in the ‘black’ so adopted the Black Friday name, but this time to reflect their success. To encourage more people to shop, they offered discounts only available on that day.
Black Friday crowds in America still give the police headaches. Since 2010, Black Friday violence has resulted in 12 deaths and 117 injuries.

Back to Buy Nothing Day…Dubbed as a 24-hour shopping detox, the day was championed to encourage relaxing over consumer consumption.

Buy Nothing Day was founded in Vancouver, Canada, in 1992 by artist Ted Dave. It happens on Black Friday because, “anyone who has ever seen what happens in North America during the Black Friday sales understands all too well why it was high time that we take a step back and look at ourselves, our behavior, and contemplate the meaning of all of the Black Friday madness,” he said. On the other hand, staying in on Black Friday and buying nothing is a welcome opportunity to settle in at home and chill before the madness really begins.