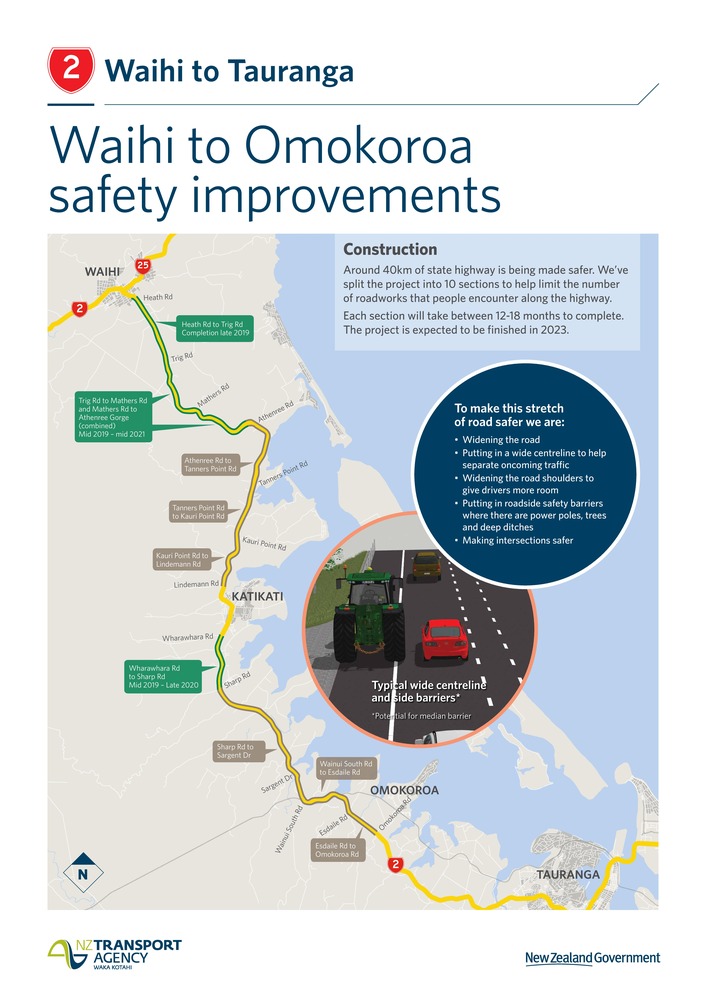 The Waihī to Ōmokoroa safety improvements project is being constructed in 10 sections. This is to help limit the number of roadworks that people encounter along the 40km project. To understand where the project sites are, take a look at the project map.

Safety improvements along the first section, between Heath Road and Trig Road near Waihi, will be completed this month. As part of the annual maintenance programme parts of this section will be resurfaced. This work will happen sometime over the next 12 months. 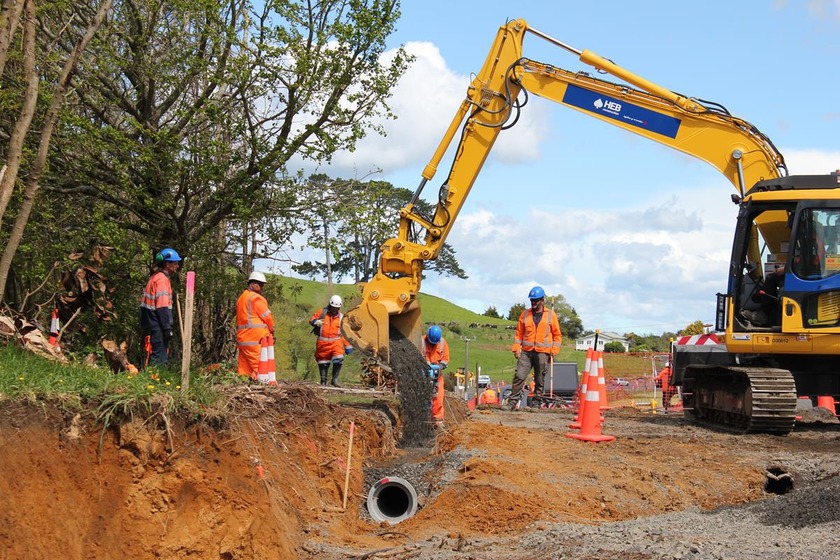 For the remaining nine sections, we have two main active construction sites underway, one north and one south of Katikati. 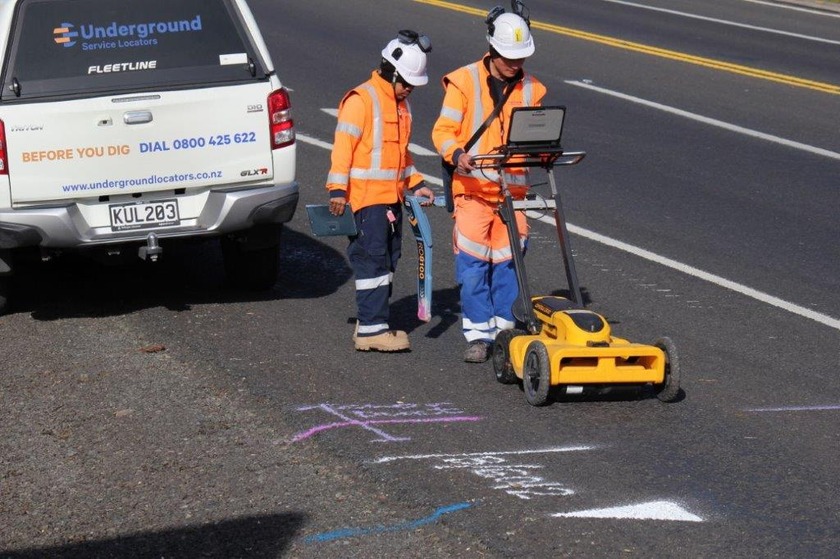 Underground services were located, such as water, electricity and fibre. The team used a radar to pinpoint where services were located. The service lines were then uncovered by hydrovac, which, as the name suggests, involves high pressure water and suction. This non-digging method reduces the risk of accidentally cutting into a service line during earthworks. Trees identified as either in the path of road widening or otherwise potentially hazardous to road users, were removed. The contractor also installed environmental controls to protect local waterways. Swales (otherwise known as ditches or drains) and settlement ponds, collect soil deposits from runoff during heavy rainfall. Silt fencing is another measure to control runoff. These environmental controls will be used on all sections of the project.After the preliminary work was finished, the widening of the road got underway – starting at Trig Road heading south. This section is due for completion early 2021.

Kauri Point Road to Lindemann Road (Section 6)
Preliminary work has started, such as identifying underground services, using the process outlined above. Information collected from this work is being used by the design team as they finalise the detailed design for construction. 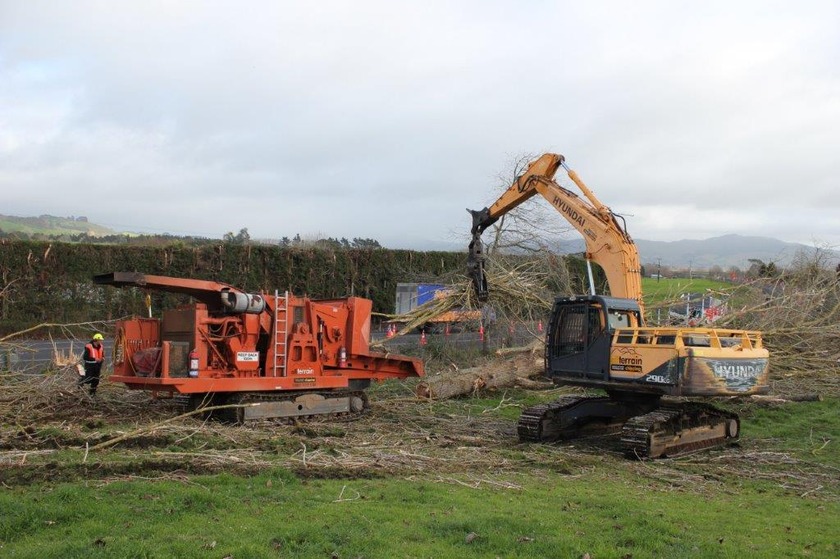 Work south of Katikati Wharawhara Road to Sharp Road (Section 7)
First, the underground services will be relocated along this section as they are along the roadside where it will be widened. The services will be relocated beyond Wharawhara Road, right up to Henry Road in Katikati. This is proving to be challenging as there are a number of services in the area and not all of them have been recorded.A number of large trees will be removed before work starts on the south bound lane.Construction is due for completion late 2020.

Forta Leza (Part of section 8)
As part of the annual maintenance programme, we’re rebuilding the road near Forta Leza. While this work was underway, it made sense to complete the planned safety improvements at the same time. This work includes:

Removing the old surface, adding gravel to strengthen the foundation and resurfacing.Road widening and putting in a wide centreline and side barriers.To keep two lanes open to traffic, the work is being done one side of the road at a time. When work starts near the Waitekohe bridge we may need to go down to one lane for a short time due to lack of width.

This section of work is being constructed in two stages. During the winter, while it was too wet for road building, we relocated services and modified the drainage. Now the weather is warming up and it is drier, construction work has ramped back up and the plan is to have it all finished early next year.

Wainui South Road to Esdaile Road (Section 10
Preliminary work has started, such as identifying underground services, using the process outlined above. Information collected from this work is being used by the design team as they finalise the detailed design for construction.

Christmas shutdown
Work will shut down midday Friday 20 December and resume Monday 6 January at 8.30am. All cones and temporary signage will be removed. There will be evidence that road works are still in progress, but traffic flow and driving conditions should be as expected for the time of year. 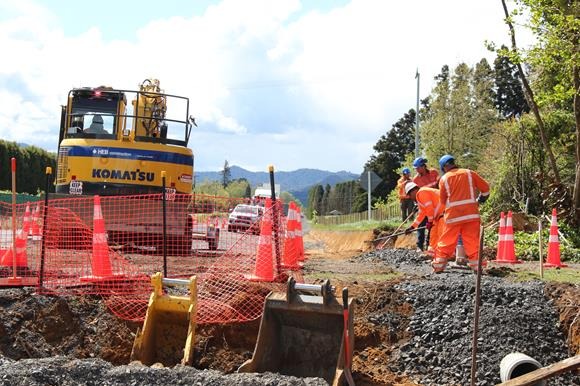