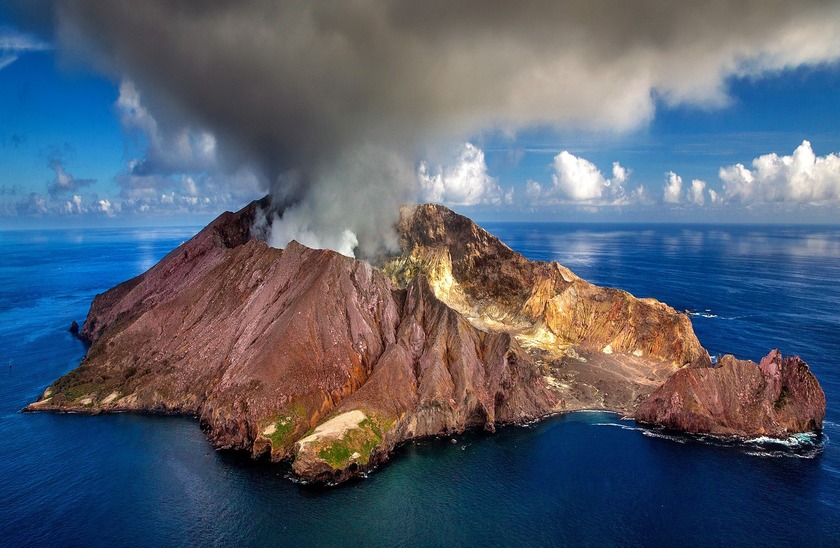 Police are working with National Emergency Management Agency to coordinate a search and rescue operation following a volcanic eruption at White Island this afternoon.

The eruption occurred about 2:11pm.

While it was initially believed there were approximately 100 people on or near the island at the time of the eruption, we now believe there were fewer than 50.

Some of those people have been transported to shore, however a number believed to be on the island are currently unaccounted for.

Of those transported to shore, at least one has been critically injured.

Emergency services are working to ensure the safety of everyone involved, including rescue staff.

A volcanic eruption is hazardous in the immediate vicinity of the volcano.

Volcanic hazards may impact on and near the volcano.

Ashfall may impact areas distant from the volcano.

People should stay out of designated restricted zones.

A no-fly zone has been established.

People living in or near the affected ashfall areas should:

Be aware of the potential for ashfall.

Volcanic ash could be a health hazard, especially if you suffer from breathing difficulties.

When indoors, close all windows and doors to limit the entry of volcanic ash.

If caught in volcanic ashfalls: Wear a dust mask or use a cloth handkerchief over your nose and mouth; protect your eyes by wearing goggles.

Wear eyeglasses, NOT contact lenses as fine ash will get under the lens.

Listen to the radio and/or TV for further assessment and updates.

Effects of a volcanic eruption can be experienced many kilometres from a volcano.

Have a Go Twilight Bowling starts today - all welcome!
Jen from the Waihi Bowling Club spoke with Brian Gentil...

$6.8 billion for transport infrastructure announced
A four-lane Tauranga Northern Link and upgrades on SH2 to...

OceanaGold Projects Update
Kit Wilson joined Brian Gentil in the studio for a...