News / Severe Weather before Santa gets to town 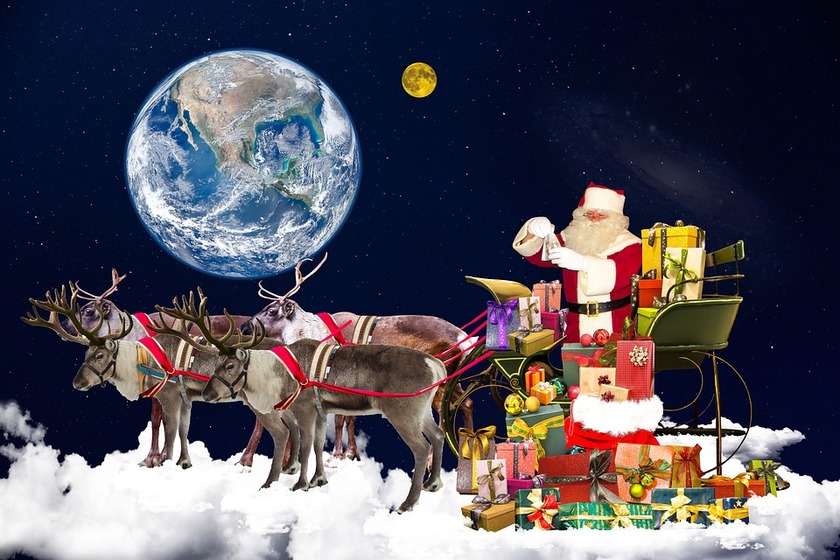 Severe Weather before Santa gets to town

As excitement builds for Santa’s arrival, MetService has started receiving questions about the Christmas Day weather forecast, but it is also important for the public to be aware that there are several significant weather features striking Aotearoa between now and the 25th.

Meteorologist Angus Hines explains, “There will be a few days where some regions will see severe weather, then things rapidly settle down for a day or so before heavy rain, strong wind and chilly temperatures move back onto our shores.”

The inclement weather is already visible on MetService satellite imagery, with a revolving low ominously approaching from the Tasman Sea. On Monday, this low steers some heavy showers onto the top half of the North Island and there is potential that some northern areas, including Auckland, could be hit by thunderstorms this afternoon and during this evening’s rush hour. On Tuesday, the impacts of the low stretch further afield as broad areas of rain, with embedded heavy falls for several regions, sweep over both Islands.

Most of New Zealand will get rain, which will not be embraced by already saturated areas and while some farming regions will be happy with rain amounts, areas in the north and east will not see enough to help with their dry paddocks. Two areas which MetService are keeping a particularly close eye on regarding large accumulations are the Buller, Tasman and Nelson region, as well as the eastern Bay of Plenty. These two regions, alongside many others, have Severe Weather Warnings or Watches in place detailing the likely timing and rainfall accumulations expected during this event.

This incoming low will also bring a broadscale wind change to New Zealand. Currently there are strong, warm northerlies across the nation; meaning a muggy night in store for many people tonight, but this will change from Tuesday to a much cooler southerly wind once the low pressure passes. The South Island will feel the chill, with high temperatures tumbling down to 13 or 14 degrees in many southern spots for Tuesday and Wednesday.

By Wednesday, high pressure and settled weather will have quickly moved in after this summer storm, but this calm spell is short-lived. “A significant front will rush up the South Island on Thursday and the North Island on Friday, with further rainfall and gales. The heaviest rain bought in by that front will fall on western areas,” said Hines.

“And as for that Christmas forecast? Early signs are good with a more settled atmosphere around Aotearoa – and it does look like many people will see sunshine.