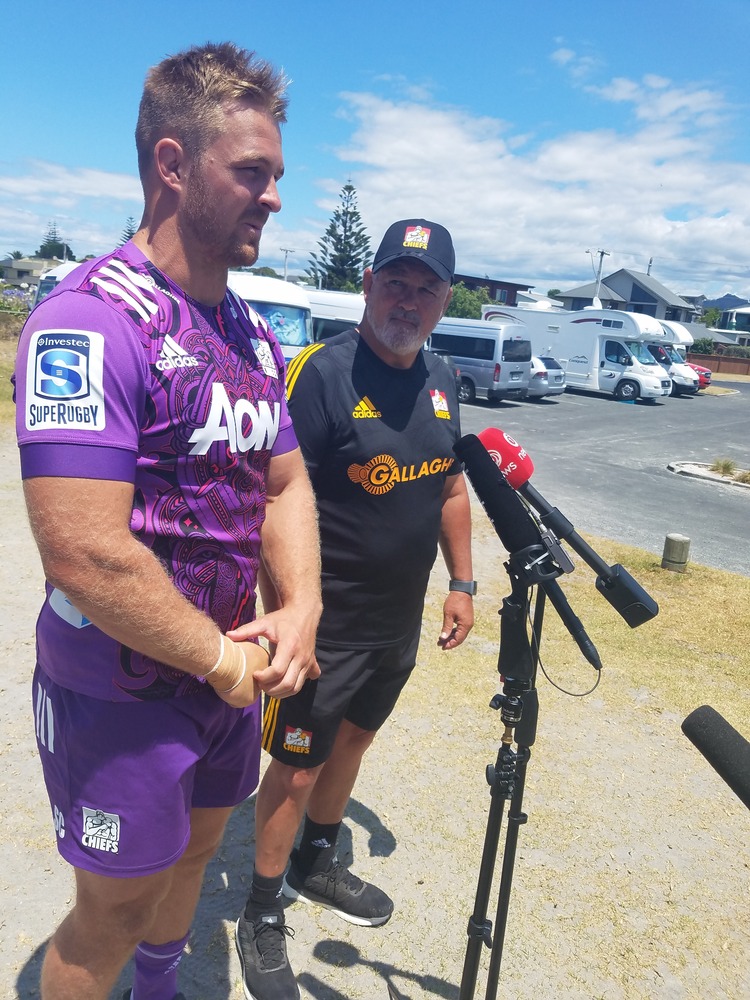 Gallagher Chiefs Head Coach Warren Gatland has named his side to face the Blues in their opening game of the 2020 Investec Super Rugby season at the earlier kick-off time of 7.05pm at Eden Park.

The front row will feature loose head prop Aidan Ross pack down alongside tighthead All Black prop Nepo Laulala and hooker Samisoni Taukei’aho. Tyler Ardron and Mitchell Brown will be the starting locking duo with debutant Ah Kuoi covering on the bench. In the loose forwards Lachlan Boshier and Mitchell Karpik will be at six and seven respectively, with Gallagher Chiefs Captain Sam Cane packing down the scrum at number eight.

In the backs, halfback Te Toiroa Tahuriorangi will combine with 21-year-old Trask at ten. In the midfield Alex Nankivell will don the number 12 jersey, with Tupaea named at centre. A familiar back three will start with Solomon Alaimalo on the left wing and Sean Wainui on the right and crafty full back Damian McKenzie to complete an exciting backline.

Gatland said he was looking forward to seeing a competitive battle between the northern rivals.

“We have an exciting squad and we believe the team we have chosen reflects this. It is a great opportunity for our rookies to pull on the Gallagher Chiefs jersey for the first time in what is expected to be a great competitive derby between two rival sides. We know the Blues will be a good sturdy challenge first up but one the boys and fans are excited about.”

Gallagher Chiefs and Bay of Plenty hooker Nathan Harris has been ruled out of the upcoming 2020 Investec Super Rugby season. Harris has been rehabilitating from a fractured ankle in September during the 2019 Mitre 10 Cup season. Following a period of shoulder pain, Harris was advised to have shoulder surgery to repair his rotator cuff, which he recently undertook in early January. The rehabilitation period is six months making him unavailable for the 2020 Investec Super Rugby season but is set to return for the 2020 Mitre 10 Cup season.

Gallagher Chiefs Physiotherapist Kevin McQuoid said: “Unfortunately for Nathan his injury rules him out for the 2020 season, our aim is to have him back on the field in time for Bay of Plenty’s Mitre 10 Cup campaign.”

Harris said: “While I am gutted to have been ruled out for the season, this period of time will be able to assist me in rehabbing well to ensure I can be fit and ready for Bay of Plenty’s Mitre 10 Cup campaign.”

Harris has been replaced in the squad by Counties Manukau hooker Donald Maka. 25-year-old Maka has been training with the squad as a replacement player during the Gallagher Chiefs pre-season campaign. Maka made his Mitre 10 Cup debut for Taranaki in 2017.