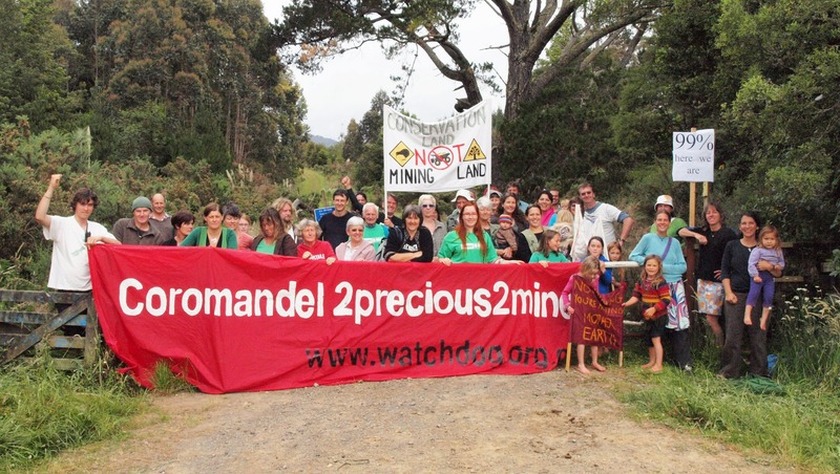 The Government has betrayed Conservation Land in going back on its pronouncement that it would allow No New Mines on Conservation land.

Coromandel Watchdog of Hauraki is disgusted. “This is a complete failure on the part of our Government. It is really an own goal - they made the commitment, they failed to deliver. They have a duty to manage our conservation estate for future generations, and they have failed.” says spokesperson Augusta Macassey-Pickard.

“We call on Eugenie Sage and David Parker to implement the proposed policy immediately. First they totally failed to extend Schedule 4 (one of the protections available for land under the Crown Minerals Act), to include all of the Coromandel Range to Te Aroha, as had been repeatedly promised publicly. Now this. We are angry and we really question the integrity of this Government.”West Coast-Tasman MP Damien O’Connor says “

“There’s a hell of a lot of work to do…. and no time” to implement the policy. This then begs the question: is this permanent betrayal of promises and specific policies regarding the Hauraki/Coromandel to appease miners (especially those down on the West Coast)?

The policy was announced in the ‘speech from the throne’, made when the then newly formed Government took office in 2017. It was an announcement that was met with celebration in the Conservation sector, and the community.

“For Mr O’Connor to say there is ‘no time’ to implement the Policy is disingenuous; they have had 3 years to consult on this policy and implement it, but seem to be running scared because it might upset the mining industry - we should be investing in urban mining of e waste, not wrecking conservation land.”