News / Government Excuses for Inaction on Mining Not Working 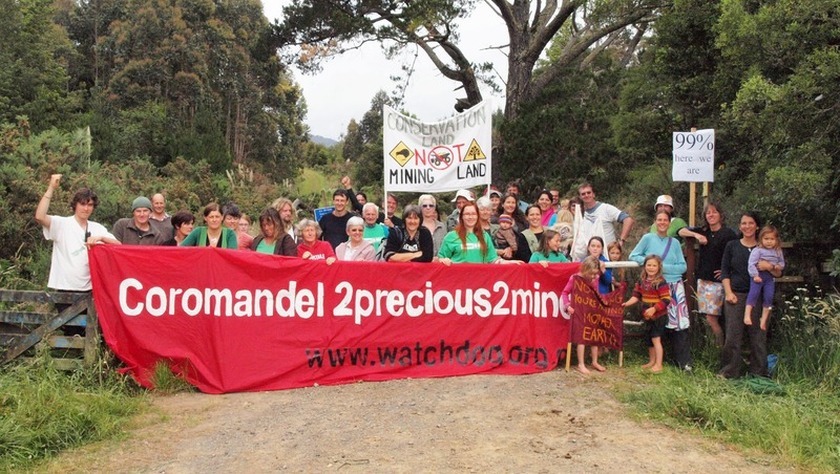 Government Excuses for Inaction on Mining Not Working

Coromandel Watchdog of Hauraki rejects the Government’s excuses for inaction on toxic mining and their failure to honour their promise to ban mining on DOC land in the 2017 Speech from the Throne.

“ While the pro mining lobby in Labour and the dinosaur policy of NZ First blocks the public consultation and promotes this toxic and outdated industry, the industry is applying and receiving consents for mining activities. When are the Greens, who have been champions of protecting conservation land, going to speak out strongly and remind their coalition partners of the promises made and the duty to stop mining on Conservation land? It is what is best for the environment - and the economy” said Watchdog spokesperson Augusta Maccassey Pickard.

“ The excuse that stewardship land on the DOC estate is low quality and should be excluded from the mining ban is rubbish. Stewardship land includes areas with high conservation values and World Heritage Sites. The failure to act to protect the conservation land is facilitating more mining and is completely unacceptable. It is past time that our Government supported the establishment of an industry recycle gold from electronic waste and landfills, and to invest in alternatives to dirty fossil fuels such as coal.” Ms Macassey Pickard said.

Coromandel Watchdog is calling on the Greens to use their voice in Parliament to demand action.

“While the Greens may not have the numbers to force the honouring of this promise, they should remain true to their commitments, and demand that Labour do the same. Neither party should forget that this is an election year, there is huge support for conservation land to be protected by the voters of this country and we are sick of waiting for leadership on this issue.”