News / A Dry Weekend for Many 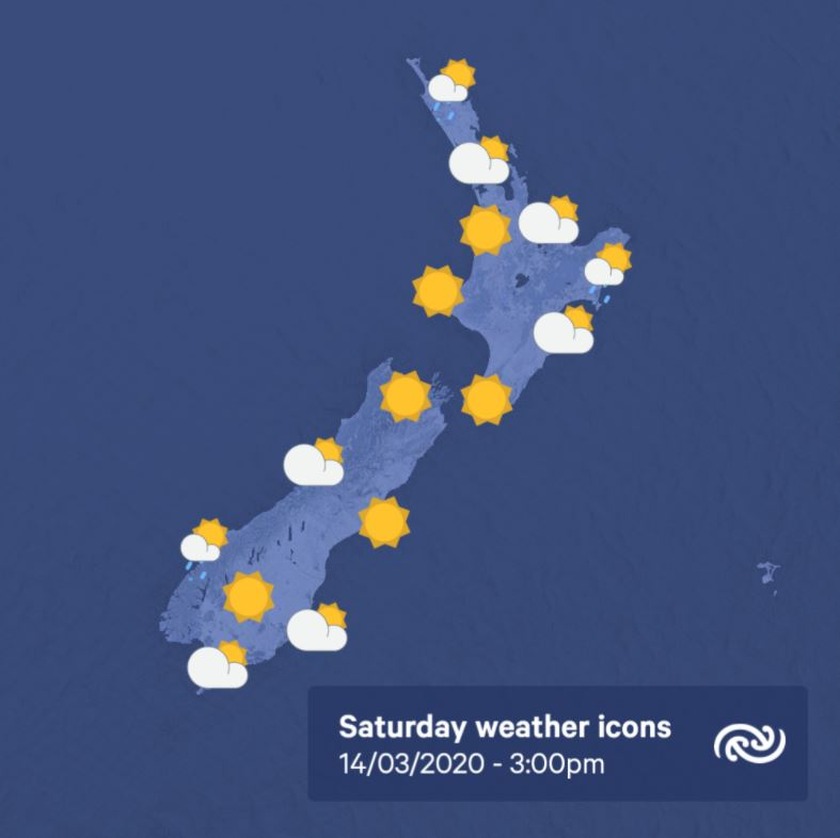 A Dry Weekend for Many

A ridge of high pressure currently dominating New Zealand’s weather holds onto the end of the week with MetService forecasting that it will eventually loosen its grip over the South Island on Sunday when a front moves up the island.

Cooler temperatures start to rebound in eastern areas south of Gisborne today and Friday as southerlies eventually die out and the cloud clears.

MetService meteorologist April Clark said, “Although a few showers are expected to persist over eastern coasts from Coromandel northward, Friday remains dry and mostly fine for the rest of the country.

“It will be great start for the WOMAD festival where a hat a sunblock will need to be added to the picnic blanket and good mood check list,” Clark adds.

The festival friendly weather continues for most on Saturday with Auckland’s Pasifika Festival to open with plenty of sunny spells and a maximum temperature of 24C. The rest of New Zealand enjoys settled weather under the ridge with Fiordland the only region expected to see anything more than a few showers.

The North Island remains generally fine on Sunday while a front pushes onto the South Island with a period of rain or showers and strong winds expected for the west coast and lower east coast.

Looking beyond New Zealand waters, Australia’s Bureau of Meteorology expects a low in the Coral Sea to intensify into to a Tropical Cyclone early Saturday. This system is then predicted to track eastwards, passing south of New Caledonia to lie north of Aotearoa early next week. Beyond this, details for potential impacts on the upper North Island are uncertain, but MetService meteorologists will be monitoring this developing situation closely.