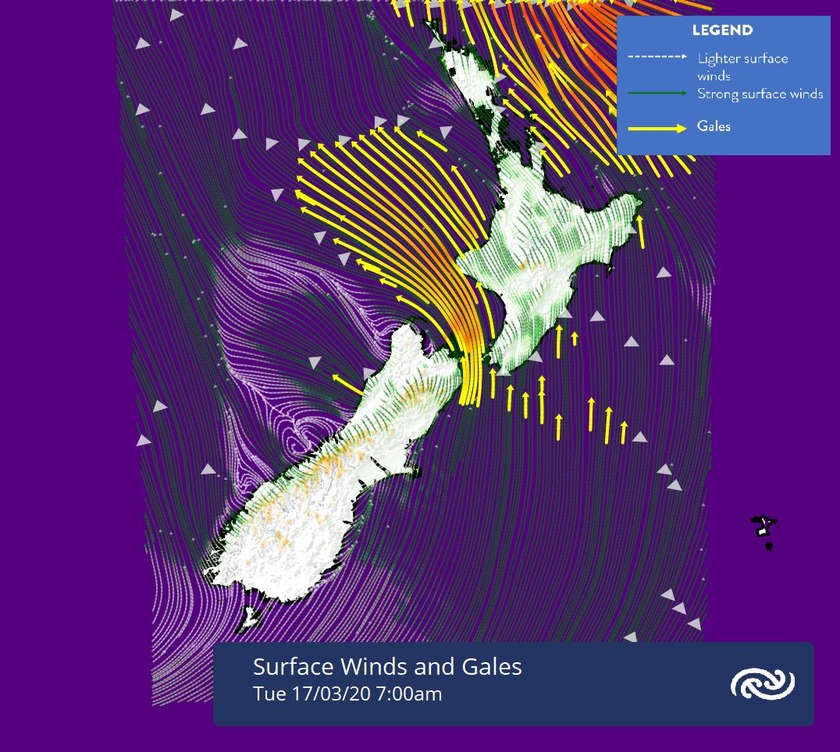 MetService is forecasting that Tropical Cyclone (TC) Gretel is tracking well to the north of New Zealand with the most noticeable effects being strong winds and heavy swell for some areas of New Zealand. There is a Strong Wind Watch in force for parts of the North Island and the northern tip of the South Island which will be affected by strong south easterlies.

“Gretel is expected to be category 1 Tropical Cyclone (the lowest of the five-category system New Zealand uses) as it passes approximately 400km to the north of Cape Reinga on Tuesday morning. Though eastern coasts from Northland through to Hawkes Bay are expected to see at least a period of rain, it’s not likely to amount to much,” said meteorologist April Clark.

Ms Clark continued, “Lower temperatures and wind will likely be the most widely noticed weather effects. Those in the capital are looking to have to deal with some serious wind chill Tuesday morning with gale force southerlies and a high of 14C forecast.”

Though TC Gretel is expected to pass well north of the country, eastern coasts from Northland through to Coromandel are expected to see swell of four meters for a time on Tuesday. This heavy easterly swell could cause sea inundation at high tide over these areas. Watch out for potentially hazardous driving conditions on coastal roads especially in conjunction with high winds.

Western coasts of the North Island are expected to be much less affected by Gretel, generally staying dry tomorrow with plenty of sun forecast over the west of the South Island.

By Wednesday, TC Gretel is expected to have weakened into a mid-latitude low and have little effect over the country with Gisborne and Hawkes Bay looking to be the only two regions to be hanging onto strong southeasterlies and showers. Elsewhere, a ridge of high pressure means a mostly fine day along with a rebound in daytime temperatures for eastern coasts.

A front is set to move over the lower South Island on Friday bringing rain, mainly in the west, and strong westerlies to those regions. Outside of isolated showers in the west, the rest of the country remains under the influence of the ridge of high pressure with settled weather expected.