News / Home on a wing and a prayer 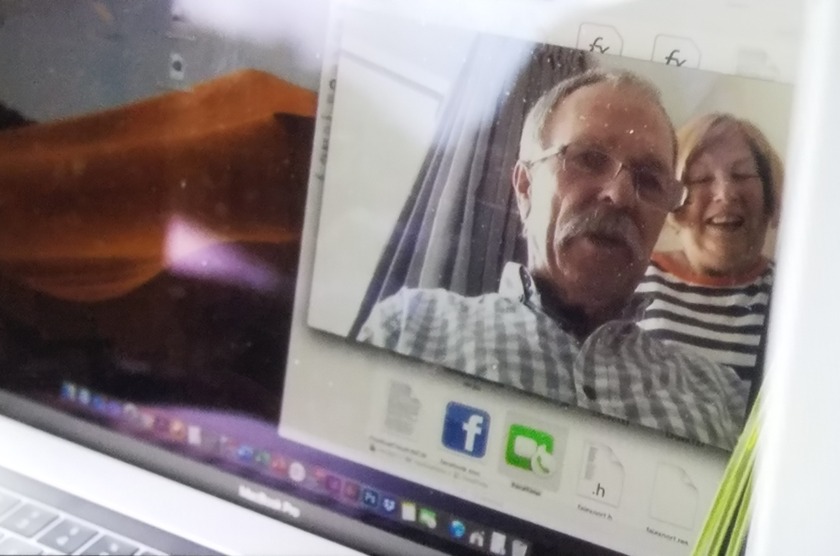 Home on a wing and a prayer

Prayers have been answered for Waihi Beach couple Don and Marion Stuart who have finally touched down on their home sweet home after India announced a ban on international flights on 22 March, leaving New Zealanders, including Don and Marion, with no flight options.

Don, a retired lawyer who practiced in Waihi for many years, and his wife Marion became stranded in a New Delhi hotel room after the cancellation of their group tour part way through their trip through India due to the Coronavirus lockdown.

After trying for weeks to come home from New Delhi their nightmare holiday turned into a dream come true when they finally boarded an Australian charter flight that left terra firma after having previously booked and paid for five flights that never eventuated during their stressful ordeal.

Enduring 23 days stuck in their New Delhi hotel room took its toll. A relieved Marion told reporters the whole plane clapped when they lifted off the Indian runway bound for home.“Memories that we’d rather forget,” was how Marion described their unforgettable holiday.When asked how he was feeling, “absolutely rapturous, it was just a wonderful feeling to be coming home,” Don told his daughter Morag Lavich and a reporter, from their Auckland motel room near Auckland airport where they are quarantined.

Morag had kept her parents plight in the public eye after imploring the New Zealand Government to step in and help them and other Kiwis stranded in India to get home safely. Even though she can’t leave the safety of her bubble to celebrate with her mum and dad she broke out a bottle of bubbles and toasted the plane carrying her parents as it flew over her Auckland home saying she was thrilled to have them home.Their happy family reunion has to be done via video calls while everyone is in isolation but compared to the lockdown ordeal Don and Marion left behind no one is complaining.

Photo: Don and Marion talk with daughter Morag via video call from their motel room.