News / Helicopters to the Rescue! 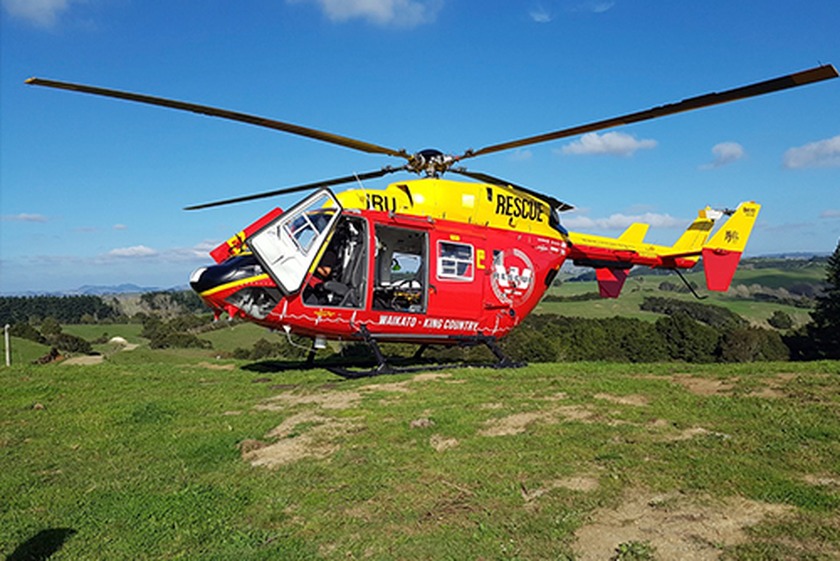 Helicopters to the Rescue!

The Waikato Westpac Rescue Helicopter was dispatched to Matamata on Saturday afternoon.

A man in his 50’s had suffered a partial amputation of his foot, this happened when his ride-on mower rolled down an embankment.

After being stabilised on the steep embankment by Fire and Emergency personnel, he was winched into the Waikato Westpac Rescue Helicopter and flown to Waikato Hospital for Orthopaedic surgery.

On Sunday morning at 10.30am TECT Rescue Helicopter was tasked to Te Teko, a small inland town in the Bay of Plenty region. A truck had left the road and plunged over a bank and into a deep water-filled ditch.

The TECT Rescue Helicopter Crew donned full PPE gear at the scene due to the risk of hazardous chemicals from the truck. The accident caused extensive damage to the cab of the truck and the 50-year-old male driver was trapped for several hours while the Fire and Emergency personnel worked to get the man free.

On Friday afternoon Westpac 1 and Westpac 2 both headed for Great Barrier Island to assist, first, a male patient in his 70’s, then a male in his 80s, who had suffered medical complaints within an hour and a half of each other. They were both flown to Auckland City Hospital in moderate conditions.

Westpac 1 delivered a female in her 50’s suffering a medical complaint to Middlemore Hospital after a 5.20 pm call out to Onewhero on Saturday.

Westpac 2 crew were tasked to Onetangi at 6.48 pm Saturday to assist a female patient in her 60’s suffering a medical complaint. She was flown to Auckland City Hospital in a serious condition.

Then Westpac 1 answered a call for help to Whitianga at 7.21 pm to assist a male patient in his 70’s suffering a fall. He was flown to Waikato Hospital in a moderate condition.

Westpac 1 flew to Hamilton to assist with the interhospitaltransfer of a baby boy to Starship Hospital at 12.20 pm on Sunday.

At 4 pm on Sunday Westpac 2 crew were sent to Manukau Harbour Harbour to assist Maritime Police with the search and rescue of an overturned kayak reportedly seen 300m off shore near Weymouth. Crew were stood down.