News / A mostly fine weekend, but showers affect the east of the North Island 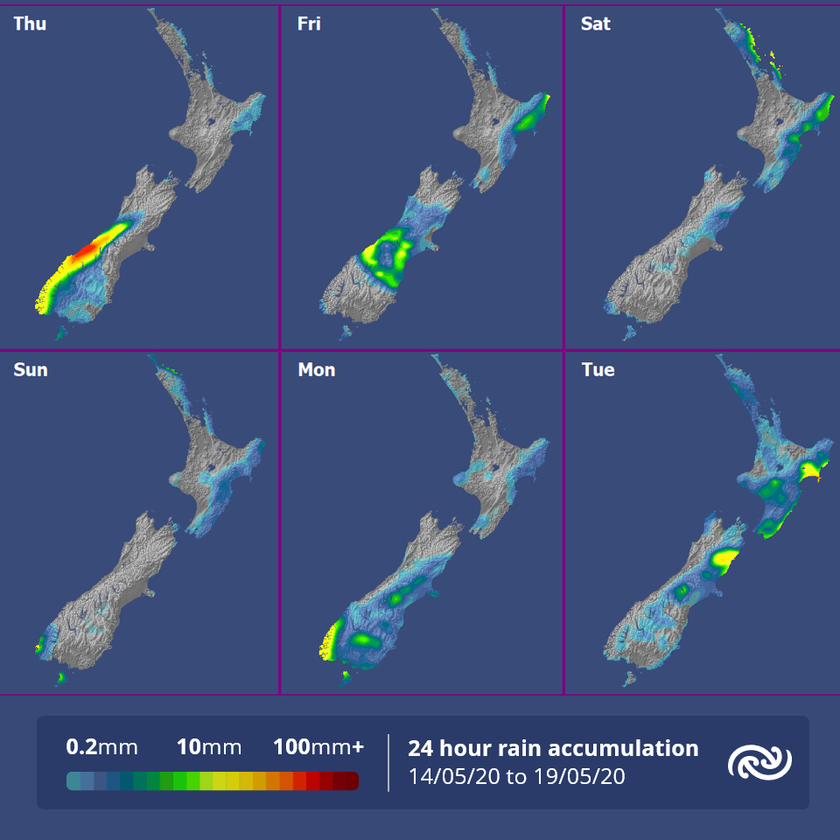 A mostly fine weekend, but showers affect the east of the North Island

MetService is forecasting mostly fine weather this weekend, but showery easterlies will affect eastern parts of the North Island.

MetService meteorologist Andy Best says, “As a front moves up the South Island today and Friday, a ridge builds behind the front, and develops easterlies across the North Island this weekend. The developing easterlies are expected to bring showers to eastern areas, from Wairarapa to Gisborne, with showery southeasterlies also affecting areas from Coromandel Peninsula to eastern shores of Northland.

Although we expect the developing showers to affect some of the drought affected areas, rainfall amounts will unfortunately not bring the soaking which these regions need. However, the showery east or southeast winds are set to continue through to Monday, while a cold front moving north on Tuesday brings the prospect of cool showery southerlies to these areas again.

Persistent east to southeast winds over the upper half of the North Island generated moderate seas and easterly swells of around 3 metres along coastal areas from Plenty to Brett. “We urge people planning to head out on the water from today (Alert level 2) onwards, to check the appropriate coastal and recreational marine forecasts for their area at metservice.com/marine where they will also find tidal information” adds Best.

For the west coast of the South Island the rain continues for the rest of today and on Friday, but West Coasters can look forward to a fine Saturday, Sunday and Monday. Western parts of the North Island should also see a fine, settled weekend.

Temperatures around Aotearoa over the weekend are expected to be near average for this time of year. As the cold front moves up the east of the South Island today and on Friday, low cloud is likely to shroud the Canterbury and Kaikoura coasts and should push through Wellington and southern Wairarapa early Friday afternoon.