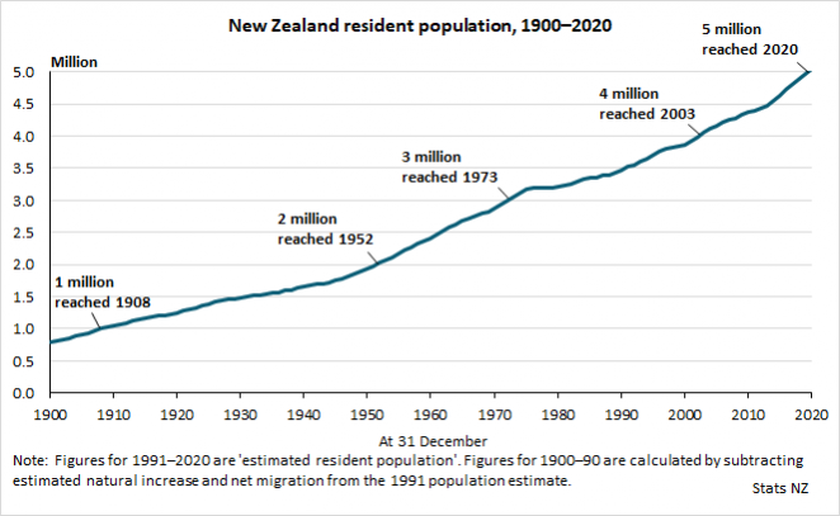 “It is also the fastest million in our history, taking 17 years after reaching 4 million in 2003.”

A precise date for the milestone will be available after the population estimates are revised to fully incorporate 2018 Census and census coverage results later in 2020, as well as revisions to international migration estimates. This could see the milestone date move slightly earlier or later than March 2020.

“It is most likely the 5 million milestone was reached by a migrant arriving by plane, but could have been reached by a newborn baby.”

“At the same time, New Zealand citizens may have been unable or reluctant to head offshore.”

The migration estimates are subject to revision, especially if recent migrant arrivals head back overseas once border restrictions are relaxed and international travel resumes.

About half of the population growth from 4 to 5 million (between 2003 and 2020) was due to natural increase (births minus deaths), and about half from net migration (migrant arrivals minus migrant departures).

“Migration was also significant in reaching 1 million in 1908.”

During the 20th century, natural increase was the main factor growing New Zealand’s population. However, net migration has been the dominant factor at different times such as during the early 1970s, mid-1990s, early 2000s, and late 2010s.