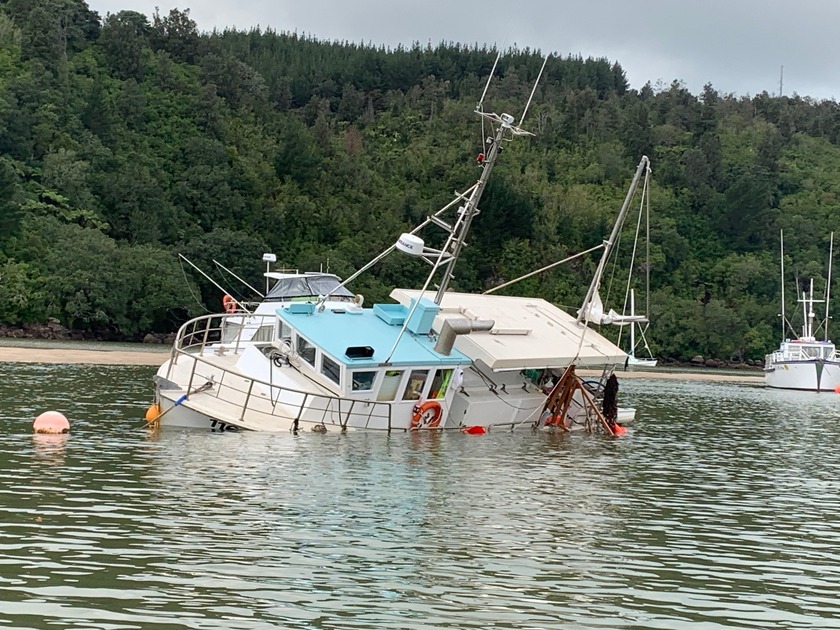 An operation to salvage a stricken commercial vessel on Whangamatā Harbour is underway this morning.

Waikato Regional Council received reports about 8am yesterday (Monday, 1 June) of a commercial long liner with approximately 500 litres of diesel on board taking on water in the Whangamatā Harbour. The vessel was leaking an unknown amount of diesel into the water.

The council’s regional on scene commander was notified and attempts to right the listing vessel were made yesterday but were stopped by significant wind and extremely choppy on water conditions.

Regional on scene commander Derek Hartley said conditions on the harbour this morning were much improved and had enabled crews to travel to the vessel to undertake salvage operations.

“There’s good news this morning. Preliminary investigations suggest there has not been a significant amount of diesel discharged into the environment, which means the ecological impact is likely to be minimal,” Mr Hartley said.

“Salvors are on board the long liner and they have already carefully removed the water on board the boat, ensuring there was no discharge of diesel.”

At this stage it appears the mooring chain is causing the boat to list significantly to one side, he said. With the help of the regional council’s harbourmaster, salvors will be attempting to right the vessel.

“While it’s unlikely to be needed, Waikato Regional Council’s marine oil spill response gear is on standby for deployment should there be any discharge during the salvage operation,” Mr Hartley said.