News / An accident waiting to happen? 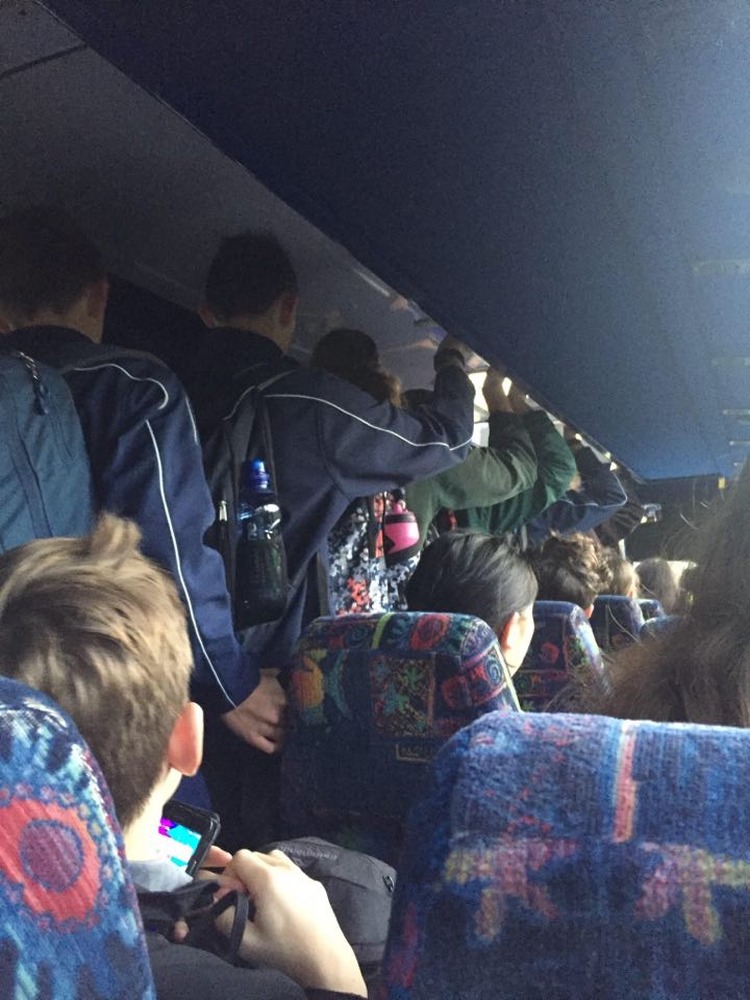 An accident waiting to happen?

A student from Whakamarama shared a photo of school students standing on his crowded school bus as they travelled along State Highway 2 to raise awareness of the overcrowding.

He wrote that the 30km trip sometimes takes about 2 hours each way.

Some mornings students are left behind because the bus is too overloaded, he said. “I’m sure I’m not the only person/student who’s getting tired of this.”

Student girls and boys from three different schools share the bus. He said he’d been told by the person who manages the buses at his high school that until the Ministry of Education provides the funding to get a bigger bus the school can’t do anything.

The overcrowding and safety issue doesn’t seem to be an isolated one either. A parent responded to the photo saying that Waihi Beach students are all picked up in one bus and several of them have to stand.

Gold FM visited the Ministry of Education website to see if we could find information about children standing so closely on buses. It appears to be allowed but the information regarding school transport is quite complicated regarding who has jurisdiction over concerns regarding overloading or safety of passengers. The Ministry of Education, schools, Police, NZTA and school transport providers all have a role in how concerns may be able to be addressed.

We also attempted several times to call the Ministry of Education’s media enquiries line but the online number didn’t work.

Then we called the Wellington office who put us through to a person at the Ministry who put us on hold before transferring us to Nick who was very polite but couldn’t answer our questions because he wasn’t the media contact. He did suggest we email the questions through.