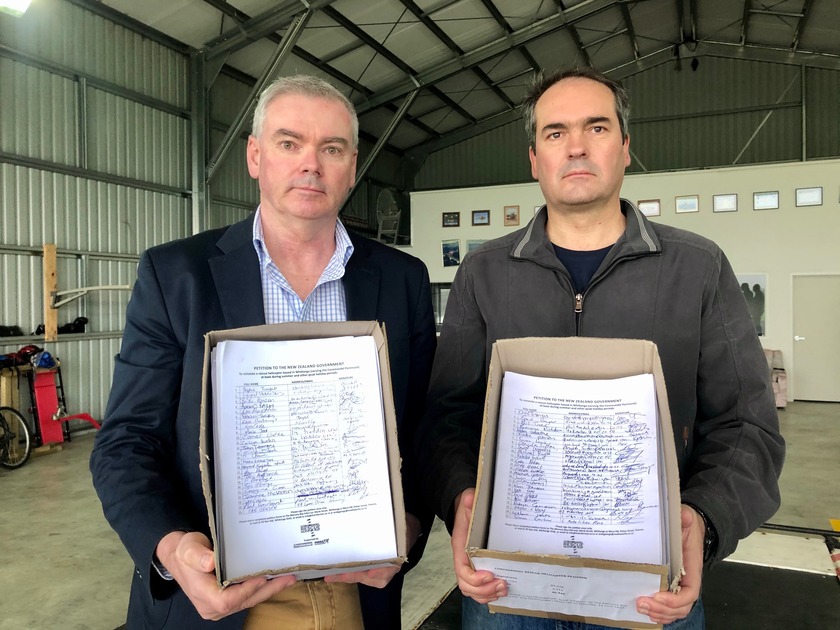 MP for Coromandel Scott Simpson has accepted a petition from Stephan Bosman on behalf of the entire Coromandel community calling on the current Government to reverse its decision that saw the local Coromandel Rescue Helicopter service taken away last summer.

It was an honour to be the first person to sign Stephan’s petition when it was launched in January, Mr Simpson says.

“It’s an even greater honour to have now formally received it from him along with more than 46,000 other signatures. That’s almost the population of Invercargill.

“The 46,439 signatures on this petition represent the anger, the frustration and the sense of betrayal of local Coromandel people and visitors alike.

“The petition is a clear message to the Government that speaks to the passion, energy and hard work of the volunteers who organised and helped collect signatures from all around the Coromandel region.

“Almost 4 years ago, over a million dollars was raised by the community to build a purpose designed hangar and accommodation facility in Whitianga. Last summer for the first time in 12 years no rescue helicopter was based on the Coromandel Peninsula over the summer holiday period.

“The people of the Coromandel need a chopper based in Mercury Bay at the Coromandel Rescue Helicopter Trust’s hangar over the summer months and at long weekends. The Government need to bring it back.”