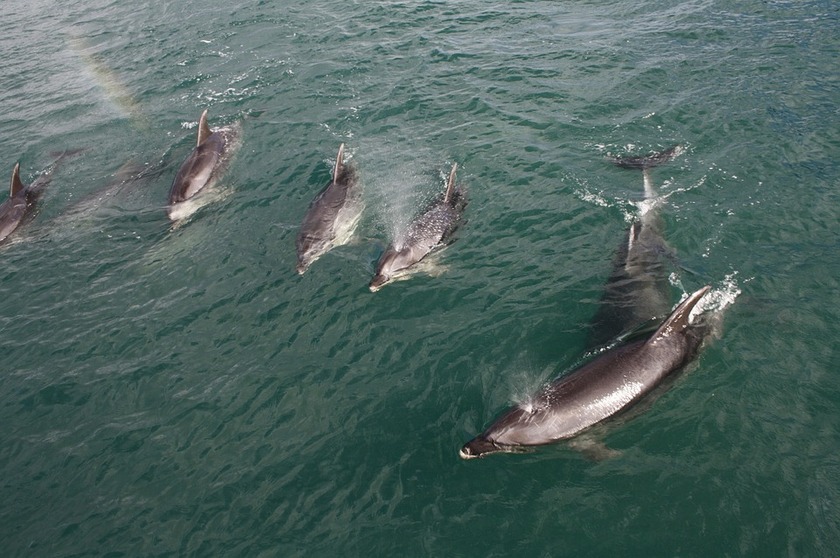 New protection for dolphins and support for changes to fishing methods

Extensive new protections are being put in place as part of an updated plan to look after New Zealand’s native Hector’s and Māui dolphins, announced Minister of Fisheries Stuart Nash and Minister of Conservation Eugenie Sage today.

“Hector’s dolphins are nationally vulnerable with about 15,000 in New Zealand’s waters. Māui dolphins are critically endangered, with only about 63 left. These precious marine mammals are New Zealand’s taonga and we need to act now to ensure they are there for future generations,” said Eugenie Sage.

“The changes will significantly increase fishing restrictions in dolphin habitats, focussing on methods with the highest potential to affect dolphins. However I want to be clear – fishing vessels will be able to keep fishing if they move to different methods. There is new support from government to help them make that transition,” said Mr Nash.

“We know New Zealanders care deeply about looking after Māui and Hector’s dolphins. There were more than 15,000 submissions and a 78,000 signature petition on options for improving their protection as part of the Threat Management Plan review,” said Eugenie Sage.

“Together with the new measures to manage non-fishing risks, these give us our best opportunity to protect these iconic dolphins,” said Stuart Nash.

New fishing measures will take effect from 1 October as follows:

A nationwide ban on drift nettingAn extension of current set-net closures, and the creation of new areas closed to set-netting, in the North and South IslandsAn extension of the existing area closed to trawling off the west coast of the North IslandA change to the regulations allowing the Minister to act immediately to impose further restrictions if a single dolphin is caught in the Māui dolphin habitat within the west coast of the North Island.In addition there are a range of non-fishing measures planned:

Doubling marine mammal protection areas across the West Coast of the North Island and around the Banks Peninsula to 37,286 km2 of protected areasReducing the risks from seismic surveying and seabed mining by prohibiting new permits in the expanded marine mammal protection areas and making the a code of conduct for existing activities mandatory in those areasSeabed mining will also be prohibited in the Te Rohe o Te Whānau Puha Whale Sanctuary area off KaikōuraRolling out the toxoplasmosis action plan“The changes will affect some fishing operators who work these waters. The decisions are not taken lightly and I acknowledge there will be questions about some operations. A targeted transitional support package is being established to help and incentivise fishing operators adapt to the new restrictions,” said Stuart Nash.

“Fisheries New Zealand officials will now meet commercial fishing operators to work through next steps. Support will be available to minimise the social and economic impacts. Livelihoods can be protected if new methods are adopted.

“The targeted support package will include ex gratia payments and free and independent business advice. It will be available to commercial fishers and Licensed Fish Receivers who are most impacted by the new measures.

“The transitional support will also help meet the cost of converting boats from set net or trawl to other fishing methods that have less of a known impact on the dolphins. The funds may also be used for moving to another fishing area, or to exit the industry completely if that is the most appropriate option,” said Stuart Nash.

“The planned extensions to the marine mammal protection areas would cover the potential habitat and transition area of Māui and Hector’s dolphins, and a large part of the east coast South Island Hector’s dolphin distribution,” said Eugenie Sage.

“Seismic surveying and seabed mining are proposed to be prohibited in the five marine mammal protection areas to protect the dolphins from impacts such as noise and sedimentation. Existing exploration and mining permits will be exempted.

“The Toxoplasmosis Action Plan led by DOC will include research to investigate knowledge gaps and investigating and trialling solutions to reduce or eliminate the transfer of the parasite into the marine environment.

“The status of these threatened dolphins means that we cannot be complacent about risk. We will closely monitor the implementation of the new measures and work closely with all affected groups to ensure Hector’s and Māui dolphins are protected for future generations.

“These decisions are based on the best available science. It includes sightings, aerial surveys, necropsy information, observer data, socioeconomic analyses and submissions. It is a considerable advance on previous assessments and gives us our clearest picture yet of the risk to specific populations of dolphins,” said Eugenie Sage.

Both Ministers thanked the thousands of people who made their voices heard through the consultation process, and who sent a strong message that we need to do more to protect these dolphins.