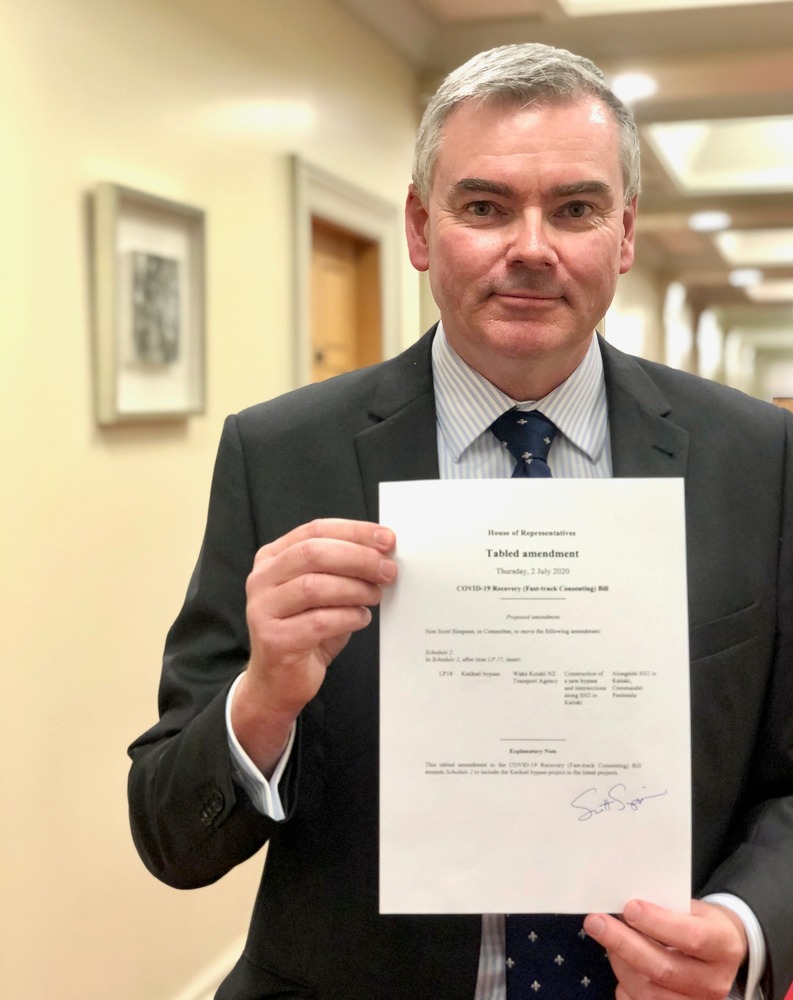 Coromandel MP Scott Simpson is disappointed that the government has voted against fast-tracking two roading projects in the Coromandel electorate.

“Jacinda Ardern’s government has passed, with National’s assistance, legislation to fast-track 11 specific infrastructure projects from around New Zealand to get them through the RMA process and get them underway.

“But they haven’t supported either a much needed bypass for Katikati or the SH2 new highway project between Pokeno at the bottom of the Bombay Hills to Mangatarata.

“As local MP I moved two amendments to the Bill that would have added both these vital projects on to the list for fast-tracking but Labour, Greens and New Zealand First MPs voted against my proposals.

“Government MPs voted against them because they clearly don’t support or understand how important these two projects are to my local region. It’s a real tragedy for the residents of the Coromandel and those that regularly use these roads.

“These are both high traffic volume roads with shocking accident histories. Katikati has been waiting for a bypass for more than 40 years. The last National led government committed to doing it but the current government cancelled it in favour of trams along Auckland’s Dominion Road but now even that has been canned by them.

“The road from Pokeno to Mangatarata is literally the front driveway for the Coromandel and Bay of Plenty. The upgrade we had announced was consented, funded and ready to go.

I’m appalled Jacinda Ardern’s government haven’t made it a priority. Their decision to again stop these projects from going ahead is another blow to local road users and visitors alike.